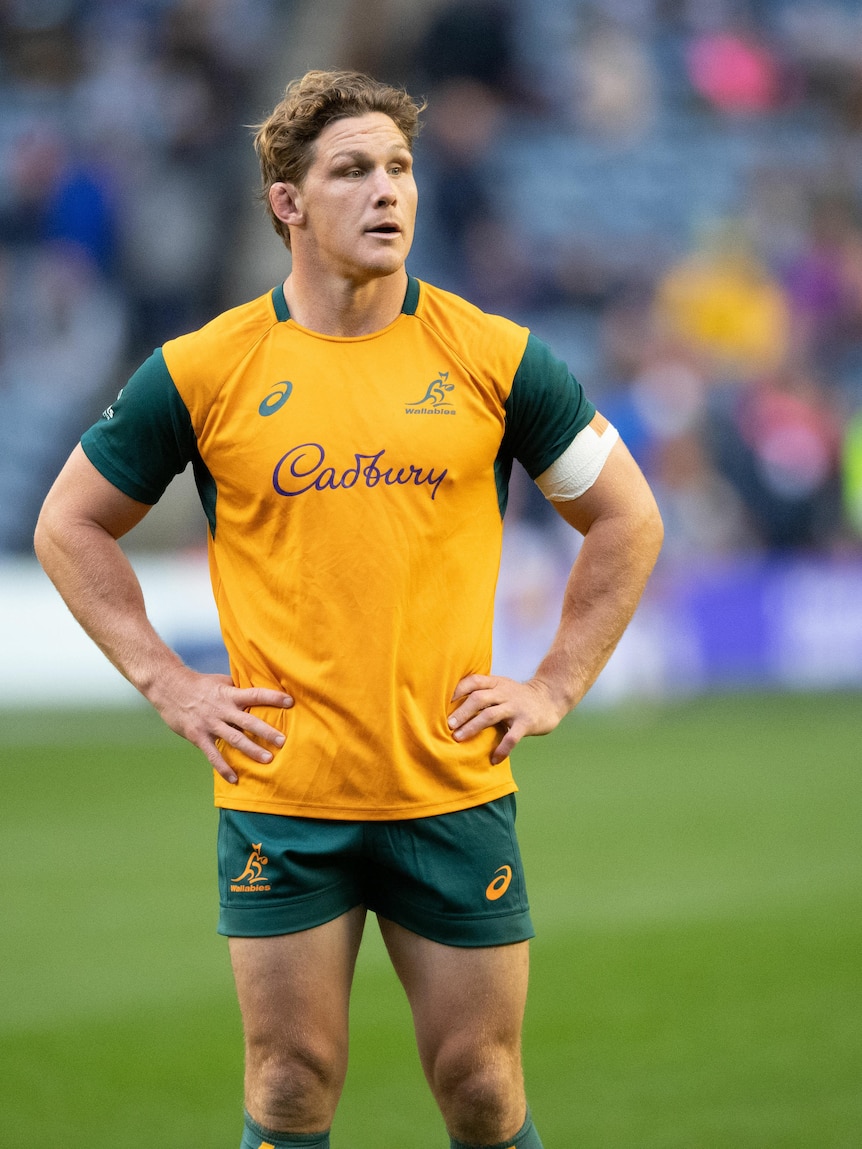 The Wallabies’ injury crisis has worsened, with former skipper Michael Hooper joining the exodus from their spring tour ahead of the final Test against Wales.

Coach Dave Rennie is scrambling to pull a line-up together for the clash on Sunday AEDT, with Hooper the seventh player sidelined following Australia’s 13-10 loss to Ireland after the veteran flanker suffered a concussion.

Six players including prop Taniela Tupou, who has a suspected ruptured Achilles tendon, have already flown home to Australia, with Hooper also set to depart Cardiff for Sydney.

Hooper’s absence is a massive blow for the Wallabies given he was among their best against the world number one Irish.

The Test centurion returned to the Wallabies fold for the spring tour after he pulled out on the eve of a Rugby Championship clash in Argentina in August due to his mental health.

He also relinquished the Wallabies captaincy, with veteran prop James Slipper taking over.

Fraser McReight is likely to get another start at number seven in Hooper’s absence, leaving Pete Samu on the bench to cover all back-row positions.

Rennie will name his line-up on Friday morning (AEDT) but has revealed Waratahs rookie Langi Gleeson will have his first Test start, running on at number eight in place of Valetini.

The 21-year-old made his Test debut in Australia’s one-point win over Scotland and also came off the bench in their one-point loss to Italy, replacing Pete Samu midway through the second half.

With five-eighth Bernard Foley unavailable as the Test falls outside the international window, Rennie must decide between Noah Lolesio and Ben Donaldson to wear the number 10 jersey.

With the Wallabies falling to a humiliating first-ever loss to Italy after making 11 changes, Rennie may opt to play it safe and start Lolesio rather than Donaldson, who made his Test debut late in the shock defeat.

Jordan Petaia is tipped to start at fullback with Kellaway and Banks both absent.

After struggling with a quad injury early in the tour, Petaia came on midway through the second half of the Italy match and then played most of the Ireland game after injury to Paisami.

Petaia, 22, said the players involved in the loss to Italy were eager to make amends.

Australia are also looking to end a three-game losing streak against Wales.

“Looking back at the Italy game, the boys were gutted,” Petaia told reporters from Cardiff.

“And the Ireland game, it was a tough finish so the boys want to turn things around.

“We’re looking to get a strong win and will be fired up again this week.”