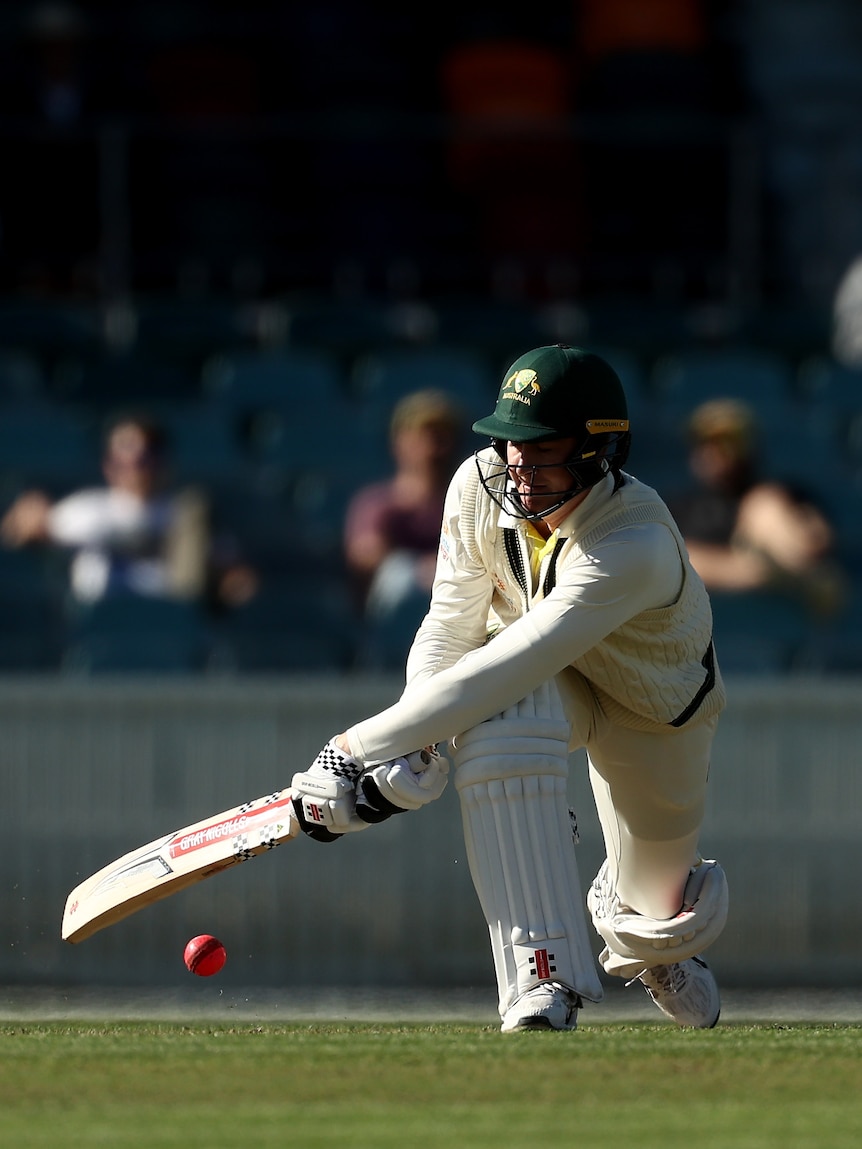 Patience was the key to the West Indies’ late fightback against the Prime Minister’s XI in Canberra on Wednesday, according to paceman Alzarri Joseph.

The visitors were staring down the barrel of another disastrous day with the ball when the PM’s XI were 0-134, but showed spirit to take six wickets in the evening session and finish the day at 9-297.

Joseph took three of those final-session wickets, knocking over three batters with the new pink ball as his side finally showed some promise ahead of their Frank Worrell Trophy series against Australia.

“This is a game of patience,” Joseph told reporters. “You could bowl well in this session but you have to stay patient and your reward might come at the end the game.

“You get your opportunity with a new ball. With the lights on, it takes a bit more effect and does a bit more.

“The pink ball is pretty easy to bat [against] during the day, but when it gets down to, maybe, 7pm or 8pm, twilight starts to come in and the light starts taking effect. That’s when you know the bowlers have a better chance.”

Spinner Roston Chase also played a big part in changing the game around, producing a gem that turned plenty and clean-bowled Aaron Hardie before another great delivery spun past Peter Handscomb and had him stumped for 55.

It was the lifeline they needed after a dismal afternoon that saw the PM’s XI openers, Marcus Harris and Matt Renshaw, cruise through their triple-figure partnership.

Harris, the only PM’s XI player in Australia’s squad for the first Test in Perth next Wednesday, continued his hot form and made 73 before a loose slash saw him caught at second slip.

Renshaw took over and thumped 10 boundaries during his 81, but also fell short of a century when he edged Raymon Reifer to the slips.

Future Test hopeful Henry Hunt could not show the form that made him last season’s Sheffield Shield player of the year, falling meekly for just 13.

Renshaw said the West Indies bowlers could potentially take it up to Australia in the two-Test series, particularly under lights.

“It was an enjoyable day, challenging yourself against a pretty good bowling attack … they kept coming and kept coming,” Renshaw told reporters.

“They bowled really well. Obviously, they’ve got a couple [of] guys on the sidelines, as well, who could come in.

“We always know the night sessions where you can come out and something can start happening.

It was an important fightback from the West Indies, playing just days after conceding 4-426 against a combined ACT/NSW XI.