Michoacán: Hipolito Mora Was Attacked In His Orchard; Two Dead

Hipolito Mora Chavez, former leader of the self-defense groups in Michoacan, published that this Saturday he was attacked by a group of heavily armed assassins who entered his orchard.

It was through his social networks where Hipolito Mora, reported that they confronted him and his bodyguards, two were gunmen killed.

“Friends, at this moment some hired killers came to my orchard to attack me and there are two dead inside my orchard, that’s what happens after an actual attack”.

This was the message of the former vigilante leader on Facebook who, in 2013 along with other men from Tierra Caliente, took up arms to defend themselves from organized crime. 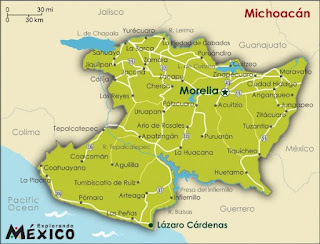