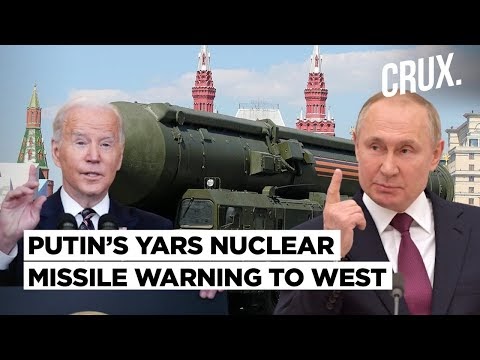 Insider: Russia releases video of nuclear-capable ICBM being loaded into silo, following reports that US is preparing to send Patriot missiles to Ukraine

* Russia’s defense ministry shared a video of an intercontinental ballistic missile being loaded.

* It identified it as a “Yars” missile, which has a nuclear warhead.

* Russia shared the video following reports that the US will send a Patriot defense system to Ukraine.

Russia’s defense ministry shared a video of a intercontinental ballistic missile being loaded into a launch silo, days after reports surfaced that the US is preparing to send an advanced Patriot air defense system to Ukraine.

The Russian ministry shared the video on Telegram on Thursday, saying that it showed the loading of an “intercontinental ballistic missile into silo launcher” in Kozelsk, a town in western Russia.

It claimed the missile was a “Yars,” which has a nuclear warhead. Russia previously fired a Yars missile in October, as part of a test conducted by the country’s nuclear forces.