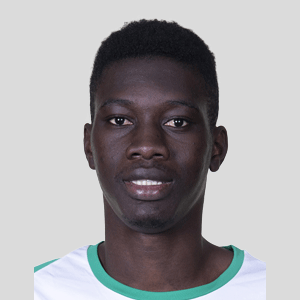 Two late goals from the Netherlands sealed an important victory in their World Cup opener against Senegal in Group A.

PSV Eindhoven forward Cody Gakpo beat Chelsea goalkeeper Edouard Mendy to the ball when it was chipped in by Frenkie de Jong to nod the Dutch in front with six minutes remaining.

Substitute Davy Klaassen then pounced on a rebound from Memphis Depay’s shot to add a second deep into stoppage-time to confirm the success.

Gakpo whirled away in celebration in front of the Senegal fans behind the goal as the Dutch supporters, together in a sea of orange at the other end of the Al Thumama Stadium, rose to their feet.

They were already chanting their team’s name as they knew victory was near before Klaassen made sure in the ninth and final minute of injury time.

Senegal, who had threatened throughout the match, came close to equalising before that when Papa Gueye fired a finish towards the bottom left corner, but Dutch goalkeeper Andries Noppert got his fingertips to it.

It was a match that teased a goal for long periods but both sides lacked ruthlessness. Netherlands boss Louis van Gaal even risked the fitness of Depay to bring him on as a second-half substitute in the hope of finding a way through.

The risk paid off as the Netherlands secured a vital three points in a game many believe could decide the winners of Group A.

They now sit joint-top in the group with Ecuador, who beat hosts Qatar 2-0 on Sunday evening.

Senegal, without injured key forward Sadio Mane during the competition, looked like a side missing their main attacking threat but can take confidence from the number of times they troubled the Dutch defence.

There was a risk both sides would leave the Al Thumama Stadium with a sense of frustration before Gakpo’s header finally broke the deadlock.

Senegalese fans brought colour, dance and unwavering drum-banging, often silencing the Oranje masses, but despite an explosive start to the match on the pitch, it fizzled out as the game wore on.

Watford winger Ismaila Sarr had shone on the left for the African champions in the first half, while De Jong controlled the tempo and dictated play for the Netherlands.

Neither goalkeeper, though, had been tested by half-time. The Dutch who had wasted two glorious chances – Barcelona’s De Jong taking too long to shoot after Gakpo had been selfless when he should have had an attempt himself.

But chances began to fall as the final whistle drew closer.

Senegal’s Boulaye Dia and Idrissa Gueye came close, while the Netherlands captain Virgil van Dijk headed a good chance over the bar from a Gakpo corner.

Van Gaal eventually rolled the dice, bringing on Depay, who was not fully fit – his introduction receiving a huge roar from the Dutch fans.

He did not feature much until his shot was pushed out by Mendy into the path of Klaassen who made it 2-0.

It was an underwhelming performance from the Dutch at times but they did enough to come through arguably their toughest match in the group.