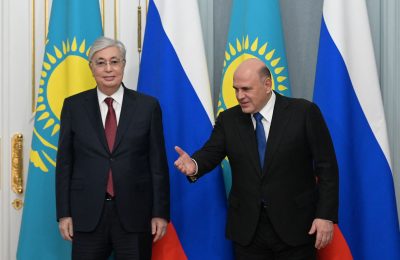 Russia’s invasion of Ukraine, and China’s modest response to it, has placed the governments of Central Asia in an unenviable position — aware that Russia does not fully respect their sovereignty and has no qualms about using force, while recognising that no one would provide sufficient assistance if they became a target of Russian aggression.

Though highly reliant on Russia, Central Asian governments have good reason to seek other allies. Russia’s invasion of Ukraine violated numerous treaties and used greater force in pursuit of greater ambitions than Russia’s 2008 war against Georgia. It also relied on rationales — discrimination against ethnic Russians, hyper-nationalist politicians and allegedly weak historical claims to statehood — that could easily be applied to several countries in Central Asia. Some of these arguments have been used against Kazakhstan by Russian politicians since the 1990s, including frequently in 2022.

Central Asia is suffering the economic consequences of Russia’s invasion of Ukraine. Western-led sanctions noticeably impacted remittances from workers based in Russia. Russia’s response to those sanctions — including a ban on grain exports — also negatively impacted the Central Asian economy.

These actions led to backlash from Central Asian leaders, including public rebukes of Putin’s justification for war, refusals to support Russia in Ukraine-related UN votes, attempts to prevent their citizens from joining the Russian military and the provision of refuge for Russians fleeing conscription. Even Tajik President Rahmon — who is highly dependent on Russian goodwill — criticised Russia for not showing the region respect.

Russia’s war provides an opening for other great powers to take a more active role in Central Asian affairs. The United States is not a realistic option given that greater US influence over Central Asia is unacceptable to Moscow, which holds an effective veto over outside involvement in the region through its political and economic influence.

In any case, the United States would find it difficult to displace Russia and China for a combination of geographic, economic and political reasons, even if it had the motivation to get more involved in a region that is less important to US interests since its withdrawal from Afghanistan. The most the United States can do is to call for more dialogue as Central Asian regimes’ pursuing anything more substantial would risk retaliation from Russia.

The more obvious option would be China. Central Asian elites have a broadly positive view of China. Under President Xi Jinping, China has sought to expand its influence — with Central Asia a natural target. It has voiced support for Central Asian sovereignty through its role in the Shanghai Cooperation Organisation. China also has far more resources at its disposal than potential rivals. Yet China has so far failed to capitalise on this opportunity. Part of the reason might have been the preparation for the 20th Communist Party Congress, where success was seen as vital for Xi’s consolidation of power.

There are other reasons to doubt China’s ability to step into the void left by Russia. One is public ambivalence toward China. As China took a more active economic role in Central Asia, its favourability sharply decreased. A large part has to do with rising debt levels, with most of that debt owed to China. Using similar debts to take control of vital infrastructure in other developing countries has not helped China in that regard.

China’s ambiguity towards the war in Ukraine — being unwilling to condemn Russia’s behaviour while voicing concerns in private — demonstrated that China cannot be counted on to take a clear position in any dispute with Russia. As China positions itself as a great power, it can no longer rely on simply making statements, especially when made in private. This will not affect China’s extensive economic links to Central Asia — there isn’t a real alternative — but it will push Central Asian rulers to look for other security options.

The most realistic alternative is eschewing reliance on outside great powers and instead pushing for greater regional integration, which has seen positive developments. Kyrgyzstan and Uzbekistan resolved a major water dispute in November 2022. Ties between longtime rivals Uzbekistan and Kazakhstan have been improving since Shavkat Mirziyoyev became President of Uzbekistan. Kazakh President Kassym-Jomart Tokayev refuses to support Russia’s war, despite obtaining assistance from the Russian-led Collective Security Treaty Organisation. Turkmenistan has become more open to the outside world, including its Central Asian neighbours, since Serdar Berdimuhamedov replaced his father as President.

A bigger concern is the lack of regional infrastructure that excludes or at least doesn’t provide a dominant role to Russia or China. Without such infrastructure, integration will happen haphazardly and on an ad hoc basis. A lack of a clear and agreed upon vision about an integrated Central Asia will make that process complex. A basic starting point would be resolving regional disputes without outside involvement.

Russia’s war against Ukraine provided an opening for others to take a more active role in Central Asia. But the United States is in a weak position to take advantage of the opportunity and China prizes domestic concerns and relations with Russia over expanding its political influence in the region. The most likely outcome is an erratic growth in regional integration granting greater influence to Central Asian actors.

Gennady Rudkevich is an independent scholar of the post-Soviet space and is based in Alexandria, United States.