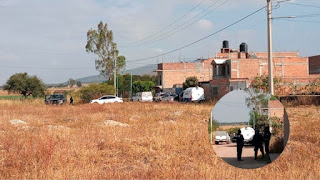 Commander Rojas was managing a private security company; he was with his daughter and son-in-law when an armed group arrived to gun them down.

Commander Rojas, as well as his daughter and son-in-law, were murdered in their home.

At least three people were murdered on Tuesday morning in the municipality of Tarimoro. According to unofficial reports, they are the family of a former police commander of this city, who now runs a security company he owns.

Those affected are the Rojas family, the head of household was a commander in the Tarimoro municipal Public Security Department.

Those killed in the attack were the former commander himself, as well as his daughter and son-in-law. Unofficially there is talk that a granddaughter was also killed, a version that has not been corroborated by the ministerial authorities.

The multiple crime occurred on San Gabriel street in the San Isidro neighborhood, at approximately 7:00 a.m. Neighbors reported hearing gunshots in one of the houses on the block, where the Rojas family lived.

When local police arrived, they immediately identified the former police man’s house, a gray farmhouse with a blue gate, which they found open. Inside were the ex policeman, daughter and son-in-law already dead, all with several bullet wounds to the body.

Among the little that is known about the mechanics of the event, it was learned that an armed group suddenly arrived and burst into the house, shooting all the people who were there.

Relatives of the victims arrived shortly after and identified the bodies, which were later transferred to the Semefo in the city of Guanajuato. 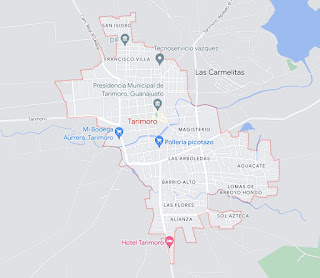