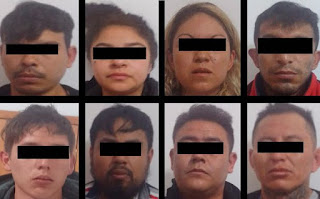 The C5 camera system was able to identify a 2002 Chrysler Lancer in which they were traveling.

Authorities arrested in Toluca eight alleged members of La Familia Michoacana, who were identified as possibly responsible for the placement of banners with intimidating messages in the region of the Valley of Mexico. According to the Secretary of Security of the State of Mexico (SSEM), through the Control, Command, Communication, Computing and Quality Center (C5). A 2002 Chrysler Lancer, in which the alleged perpetrators were placing banners with intimidating messages in the municipality of Naucalpan, on behalf of La Familia Michoacana, were traveling, was identified.

Through the Arcos Carreteros (Highway Arches), the State Security Secretariat followed the unit, which was located in the Benito Juarez neighborhood; the vehicle was being guarded by two walled vehicles, the alert was issued to the security forces. Elements of the Intelligence and Investigation Unit for Prevention (UIIP) of the security agency, as well as investigative agents of the Attorney General’s Office of the State of Mexico (FGJEM) arrived at the scene.

Once on the scene, the agents stopped those traveling in the vehicles, of which two women and six men descended, identified as: Sandra “N”, Huber “N”, Christian “N”, José “N”, Guillermo “N”, Alexander “N” and Rigoberto “N”. During the search of the vehicles, the police officers found four long guns with 11 magazines, two short guns with two magazines, two knives, 11 cell phones and 52 wrappers of marijuana.

They were detained and presented before the Public Prosecutor’s Office pending the resolution of their legal situation under the possible charges of drug dealing and carrying a firearm. It should be noted that these individuals could be members of a cell of La Familia Michoacana that operates in the state of Michoacán, which was apparently led by Alexander “N”, which is why the investigations will be extended. 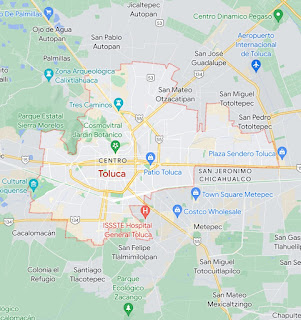