The Establishment Has Got to Go 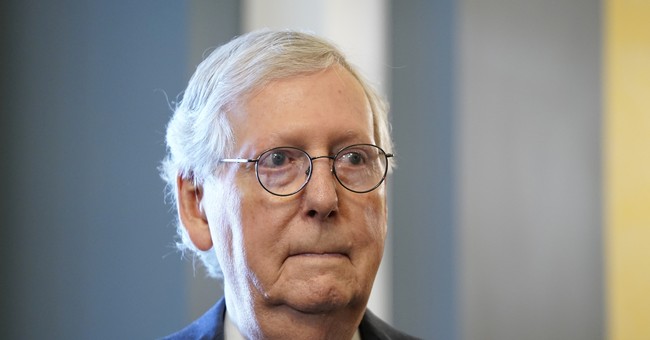 Conservatives are still struggling to make sense of the Republican Party’s dismal performance in the midterm elections. Despite being expected to retake control of the House, the Democrats are keeping the Senate – and might even increase their advantage depending on how Georgia’s runoff election between Herschel Walker and Sen. Raphael Warnock turns out.

The right is now in a period in which it is trying to figure out what went wrong. There has already been much finger-pointing.

Some on the right blame former President Donald Trump for the GOP’s abysmal performance. They argue his choices when it comes to some of the candidates he endorsed were faulty. Others say the bad press surrounding the former president also had a deleterious effect on the party. The Democrats’ use of the riot at the Capitol building on Jan. 6, along with the FBI’s investigations, provided the left with fodder to use against Trump and, by extension, Republican candidates.

But others on the right believe the former president is only being used as a convenient scapegoat by those who are truly to blame: members of the establishment GOP. In fact, they are casting aspersions on two individuals who are seen as the main power players in the old guard: House Minority Leader Kevin McCarthy (R-CA) and Senate Minority Leader Mitch McConnell (R-KY).

Sen. Josh Hawley (R-MO) posted a tweet arguing that the old GOP is on its last legs and it is time to move forward. “The old party is dead. Time to bury it. Build something new,” he tweeted.

The old party is dead. Time to bury it. Build something new

Ronna Romney McDaniel has got to go.

Kevin McCarthy has got to go.

Mitch McConnell has got to go.

Anyone who would vote for them to remain in their current positions has got to go.

Ronna Romney McDaniel has got to go.

Kevin McCarthy has got to go.

Mitch McConnell has got to go.

Anyone who would vote for them to remain in their current positions has got to go.

When it comes to the GOP establishment vs. Trump, most Republican voters can easily see the establishment is more to blame. Yes, the former president made some questionable choices with candidate endorsements. But he was not in the captain’s chair of the GOP machine.

The performance of Republican candidates is under the purview of the party’s leadership. They are the ones responsible for ensuring there is enough funding going around to fuel the war machine. These are the folks who are supposed to make sure the GOP wins Congress.

Yes, the quality of candidates matters, but messaging is even more important. As I wrote previously, this is an area in which Republicans have always fallen short. In this season, they did what they always do: Criticize Democratic policies without offering a viable alternative. Indeed, even when McCarthy sought to create the “Commitment to America,” McConnell balked, insisting that the GOP stick with the usual “Democrats Bad” strategy.

McCarthy’s agenda was a step in the right direction, but again, the messaging was faulty. Shortly after his team rolled it out, we never heard about it again. GOP candidates railed to highlight the specifics of the plan and present it as an alternative to the silly proposals coming from the left.

But this is nothing new. This is precisely how Republicans have been campaigning for decades. Instead of talking about what they are for, they focus on what they are against. There is no way to blame this on Trump.

This is why there has been growing discontent with “McLeadership,” a term referring to McCarthy, McConnell, and McDaniel. J.R. Majewski, a Republican candidate who recently lost his bid to represent Ohio’s ninth congressional district, wrote a piece describing his lack of support from the Republican Party. He explained how they told him not to express support for Trump even though the former president was popular in his district.

They simply did not want me talking about him,” he wrote. “My staff would tell me the NRCC was angry, and that I needed to tighten it up on their messaging, or lose campaign funds. They hung this threat over our necks like the sword of Damocles.”

It seems the GOP was more concerned about Trump than about winning. This is the type of leadership we have in the party, and if we are going to move forward, they need to go.

But at this point, it appears both McConnell and McCarthy will face no serious challenges for leadership despite their apparent ability to snatch defeat from the jaws of victory, so conservatives might be in for yet another two years of inept messaging.