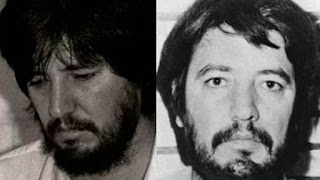 One of the most influential capos in the country’s history met a tragic end, according to authorities.

Amado had an outcome he never imagined.

One of the most powerful drug lords in Mexico was Amado Carrillo Fuentes, who was born in Navolato, Sinaloa, on a day like today but in 1956. El Señor de los Cielos (Lord of the Skies) worked his way up in the drug business. His influence was such that even soap opera series have been dedicated to him. His death in 1997 was not the only news that impacted the national and international media, but the outcome of the plastic surgeons who were in a procedure to transform his face was terrible. She was 40 years old when she died.

Authorities discovered a terrible finding on the road

It was on a Sunday in November 1997, on the Mexico-Acapulco highway that the authorities found three drums. A foul odor emanated from the containers, even though they were sealed.

At the same location, the feds opened one of the containers and discovered the remains of a man.

The drums were taken to the Forensic Medical Service in Iguala, where they extracted two more bodies, corresponding to other men.

Remains of the surgeons

It was that same day that the authorities released the identities of the people who were in the drums. They were Jaime Godoy, an otorhinolaryngologist, Carlos Avila and Ricardo Reyes, two plastic surgeons. Reyes was Colombian.

Two more doctors also died, while one more was missing.

Amado was being followed

All of them participated in the plastic surgery performed on Amado Carrillo on July 3, 1997, months before the discovery. It was a cosmetic procedure to change his face, in addition to liposuction, so that he could not be identified by Mexican authorities and the U.S. Drug Enforcement Administration (DEA).

The version of the authorities indicated that during the operation, Amado Carrillo suffered a cardiac arrest, after 8 hours in the operating room. When the autopsy was performed, it was revealed that he was given hypnotic medication mixed with anesthesia, which would have caused a respiratory arrest.

After 8 hours he died of cardiac arrest.

The surgery was performed at Santa Monica Hospital, in Polanco, Mexico City. Amado Carrillo identified himself as Antonio Flores Montes to undergo surgery with the prestigious doctor Ricardo Reyes. Everyone in the hospital knew what this matter was all about.

The authorities announced Amado’s death and the DEA backed up the information.

Days later, photographs were released showing Amado’s body in a coffin, with a different face.

Amado Carrillo amassed a fortune of at least US$25 billion, while his fleet of aircraft, which included Boeings, exceeds 60.

Thus, the surgeons who were in his surgery died in such a horrible way, while another one disappeared. 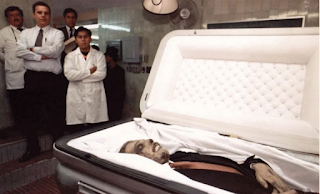 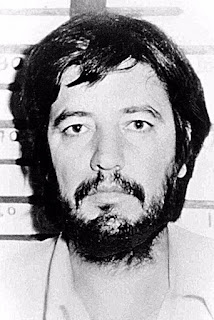 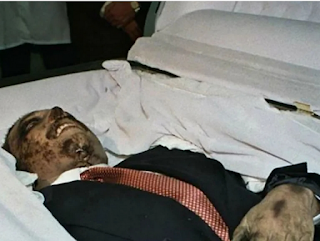