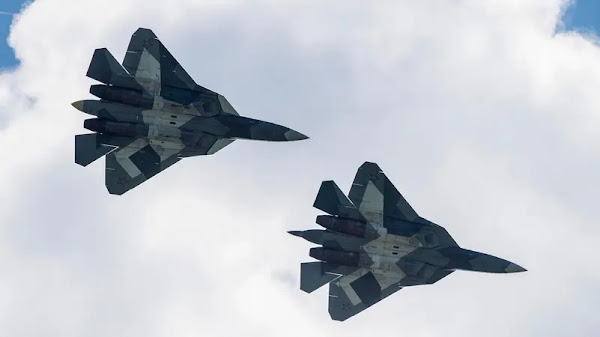 A pair of Russian SU34 military jets take part in an exhibition flight on July 18, 2017 at the annual air show MAKS 2017 in Zhukovsky, some 40 km outside Moscow. (File photo: AFP)

On Thursday morning, the warships of Standing NATO Maritime Group 1 were carrying out an exercise in the Baltic Sea.

Two Russian fighters approached at an altitude of 300 feet and overflew the force at a distance of just 80 yards, according to the command. They refused to respond to communications, NATO said.

WNU Editor: There was a time when this would be a top news story. I only learned about it today (this incident happened 4 days ago), and with the exception of AFP there was no coverage from the major news wire services.