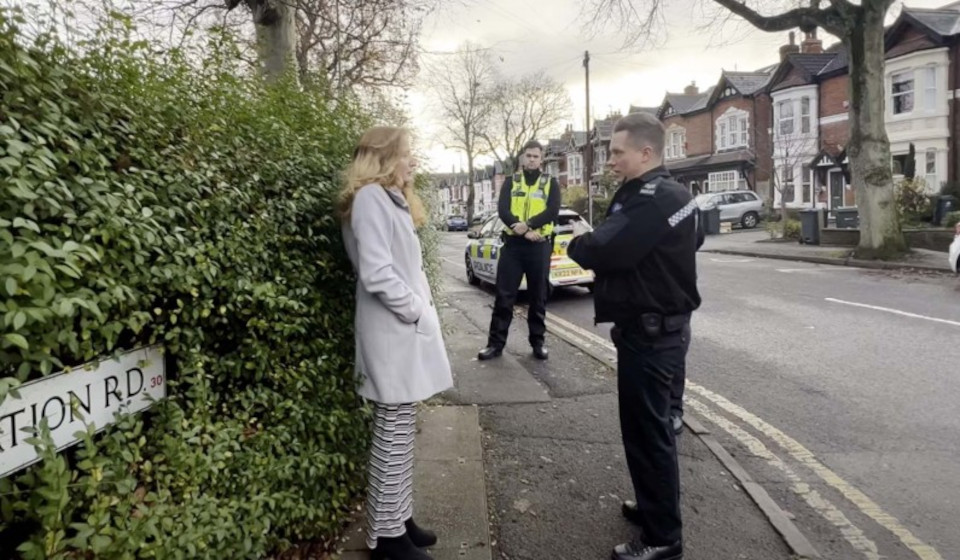 Civil liberties advocates are outraged after a pro-life woman was interrogated and eventually arrested for silently praying outside an abortion clinic in the United Kingdom. The woman who was arrested, Isabel Vaughan-Spruce, is the director of the U.K. March for Life, Fox News reported.

According to Alliance Defending Freedom UK (ADF UK), Vaughan-Spruce “was standing near the BPAS Robert Clinic in Kings Norton, Birmingham in an area ADF UK called a ‘censorship zone,’ when police approached her after an onlooker complained she might be praying outside the abortion facility.”

According to ADF UK, Birmingham officials have established buffer zones in front of abortion clinics that make protesting outside them illegal. Barred activities include “graphic, verbal or written means, prayer or counseling.”

A viral clip of the incident shows the woman silently standing on the sidewalk across from the abortion clinic as two law enforcement officers approach her. One asks why she is standing across from the facility, prompting Vaughan-Spruce to say that she was there because of the clinic.

She denied that she was part of any organized protest.

The officer then asks, “Are you praying?” to which she responds, “I might be praying in my head.”

The officer then asked if she would be willing to come to the station to answer some questions about her activities. “If I’ve got a choice, then no,” she responded. At that point, she was placed under arrest for “suspicion of failing to comply with Public Spaces Protection Order.”

Police in the UK arrest a woman for silently praying:

Vaughan-Spruce was later charged last week with four counts of failing to comply with a Public Space Protection Order. The directive is supposed to allow local authorities to “counter unreasonable and persistent behavior that affects the quality of life of its residents,” though it remains unclear which specific behaviors violate the law, the National Review reported.

“The PSPO protecting the area around Robert Clinic focuses on ensuring people visiting and working there have clear access without fear of confrontation. Any local authority seeking to implement a PSPO must have robust evidence for its introduction, which guides the conditions and location – this includes concerns and complaints received from the community,” a Birmingham City Council spokesperson announced when the order was granted.