U.S. Creeping Towards Ever Deeper Involvement In The Ukraine War 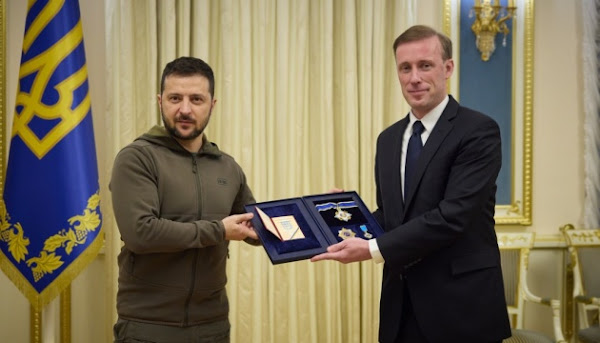 Moon of Alabama: War In Ukraine – U.S. Creeping Towards Ever Deeper Involvement

The number of Republican voters who are against the war in Ukraine has steadily increased. In March only 6% said that the U.S. is doing ‘too much’ for Ukraine. That number is now 48%. The Republicans in Congress have been pressing the Biden administration to better safeguard the enormous amount of weapon and money it is sending to Kiev:

Following concerns in Congress and accusations by Russia about weapons smuggling, the Biden administration released its blueprint on Thursday for ensuring that the $17 billion in arms it has so far sent to Ukraine were making it to the battlefield — and not the black market.

On October 27, nine months after the U.S. sponsored war started and after $17 billions in weapons and ammo have been send, the U.S. State department published a:

The plan will be a whole-of-government effort implemented broadly across three phases: now through Fiscal Year (FY) 2023, FY 2024, and beyond FY 2024. It will focus on three lines of effort:

* Bolstering the ability of security forces in Ukraine and its neighboring states to account for and safeguard their arms and ammunition during transfer, in storage, and when deployed;

* Strengthening border management and security in Ukraine and its neighboring states; and

End-use monitoring (EUM) measures, as traditionally conducted by State, DoD, and Commerce, while different in their scopes and methodologies, are generally designed to mitigate the risk of illicit diversion in peacetime or low-intensity conflict environments, as they normally rely on in-country presence of U.S. government personnel. Conducting EUM in an active war zone such as Ukraine requires different approaches, as the conflict makes it impractical to request the return of equipment from the front lines to depots or other locations where U.S. government personnel can inspect them in a safer environment.

So the U.S. can not really account for the weapons it delivers to Ukraine, says the State Department, but it can teach the Ukrainians how to count and guard them.

Good luck with that.

WNU editor: My gut is telling me that mission creep is no longer on the table. After yesterday’s results in the midterms U.S. involvement in the Russia – Ukraine war is going to accelerate and increase.