UK Has Frozen $21 Billion Worth Of Russian Assets 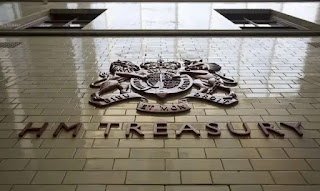 * OFSI hails ‘unprecedented size, scale and complexity’ of the action over Ukraine

* More than 1,200 individuals and 120 entities have also been designated by UK

British has now frozen more than £18billion of Russian assets since the start of Vladimir Putin’s barbaric invasion of Ukraine, a new report has revealed.

The body responsible for Britain’s sanctions regime hailed the ‘unprecedented size, scale and complexity’ of the action since the Russian President launched his assault.

The Office of Financial Sanctions Implementation’s annual review said the measures taken against the Kremlin had led to the ‘most stringent financial sanctions in history’.

UK Has Frozen $21 Billion Worth Of Russian Assets

Britain has frozen 18 billion pounds worth of Russian assets — Reuters