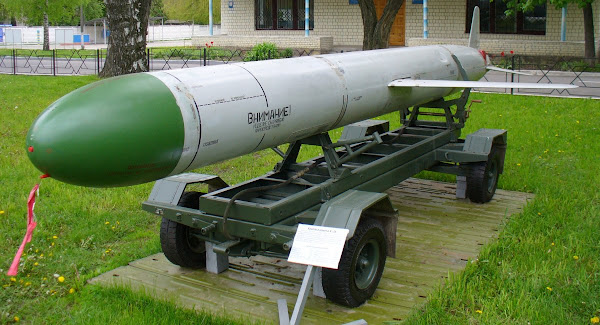 A Russian cruise missile that was shot down over Kyiv on Thursday was reportedly equipped with a mock nuclear warhead.

Of the two Russian cruise missiles that were downed over Ukraine’s capital, one was an X-55 cruise missile that had a block “screwed” on which acted as a simulator of a nuclear warhead, Ukrainian news outlet Defense Express reported.

Russia pummeled Ukraine on Thursday with a wave of missile strikes on cities including Kyiv, Dnipro, and the Odesa and Kharkiv oblasts. That came two days after Russian forces launched a barrage of some 90 missiles in what marked the largest attack on Ukraine since the war began in February.

WNU Editor: The source or this report is from Daily Express. a pro-Ukraine publication. So be skeptical.