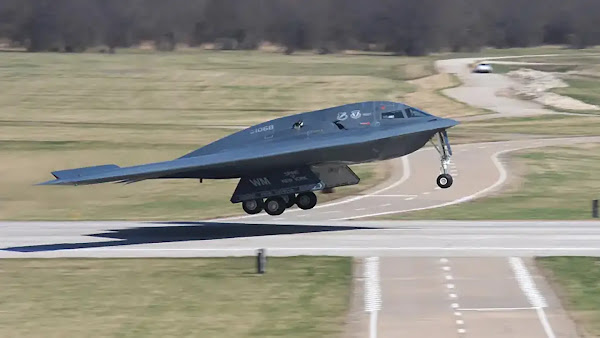 A B-2 Spirit stealth bomber suffered damage Saturday when an in-flight malfunction forced the crew to make an emergency landing in Missouri.

Firefighters at Whiteman Air Force Base in Missouri extinguished a fire at the scene, Staff Sgt. Alexandria Lee, a spokesperson for the 509th Bomb Wing, said Monday. No one was hurt and an investigation is ongoing.

Whiteman is home to the service’s fleet of 20 B-2s, though it’s unclear how many of the jets currently are operational. Eight recently marched down the runway in a display of strength ahead of the Air Force’s reveal of its new B-21 Raider bomber.

WNU Editor: No details have been released on what is the damage on this B-2 bomber.

US Nuclear Bomber Erupts In Flames After Emergency Landing; US Air Force Confirms Mishap With B-2 Spirit — EurAsian Times