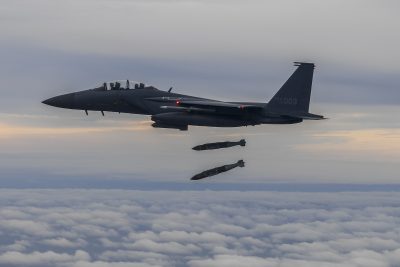 Defence Expo Korea, an exhibition showcasing the latest South Korean military equipment, took place on 21–25 September 2022. The 2022 exhibition was the largest since it first opened in 2014 and welcomed senior military officers, including defence ministers, from 43 countries. This record attendance may have been a result of South Korea’s arms deal with Poland.

The South Korea–Poland arms deal, signed in July 2022 and worth an estimated US$15 billion, is by far the largest military export deal in South Korea’s history. It marks a huge milestone for the South Korean defence industry and could help gather momentum for South Korea’s arms sales. Deals with Australia, Malaysia, Norway and Saudi Arabia are already in the works.

This stunning achievement was not built in a day. Over the last 15 years, Seoul has implemented wide-ranging reforms to strengthen its local defence industry’s global competitiveness, investing more resources into defence-related research and development. At the same time, South Korean defence firms have made persistent efforts to carve out new markets overseas.

South Korea’s arms sales have grown not only in volume, but also in range. The country has sold warships, submarines, air defence systems and an array of electronic warfare and communication systems. KF-21 — South Korea’s first homegrown fighter jet — flew for the first time in July 2022, making the country one of the few nations to have developed and flown an advanced supersonic fighter. The KF-21 has substantial export potential as it is expected to have better capabilities for its price than comparable fighter jets.

There are various factors, including steady investment in research and development, push marketing and reforms in defence acquisition, behind South Korea’s success. But above all, the success stems from ‘tailored sales’ directed at buyers’ security challenges, as evidenced by the arms deal with Poland.

Seoul’s long-standing ambition to develop its defence industry is aimed at expanding the country’s economic strength and countering persistent military threats from Pyongyang. Self-reliance in defence for the sake of expanding the country’s autonomy in foreign affairs and regional politics has ultimately been the main rationale for South Korea’s strong defence industry.

Despite this success, big challenges lie ahead. Even after many years of private and public investment, much of South Korea’s defence technology base is not strong enough to secure its own market. The sector relies heavily on foreign technologies and many key sub-systems are still imported from abroad. Engines for the new KF-21 fighter jet are imported from the United States and other key high-tech defence assets, such as missile systems and precision-guided munitions, also rely heavily upon foreign technologies.

Another challenge for South Korea in sustaining its defence export growth is the country’s short line-up of marketable products relative to those of larger exporters. Mounting insecurity in Europe and Asia means that the high-end arms market will continue to grow and many ‘traditional’ arms producers will be edged out of the industry. In this context, South Korea’s defence industry is likely to lose its competitive edge in the global market unless it further diversifies its products.

In the long run, the sustained growth of South Korea’s arms exports may affect its foreign relations. In 1997, Turkey became the first recipient of South Korea’s K9 howitzers because Germany, which had originally planned to export its self-propelled artillery to Turkey, refused to export arms to the country due to concerns around worsening conflict and human rights oppression. At the time, many European countries, including Germany, the Netherlands and Norway, put an embargo on arms exports to Turkey.

South Korea’s defence companies have signed arms export deals with the United Arab Emirates and Egypt. But the deals could face scrutiny because some European countries have already suspended arms exports to Middle Eastern countries over human rights concerns. Arms exports should not just be regarded as a ‘big hit’ from an economic perspective, but should be cautiously treated as a complicated issue involving foreign affairs and geopolitics.

South Korea’s recent success does not guarantee another boom in arms sales. Russia’s war in Ukraine was an opportunity for Seoul to sign a deal with Poland. For European countries that have hiked defence spending to counter the Russian threat and are hastening to backfill their own military supplies, South Korean defence products may be a realistic alternative as US arms manufacturers struggle to meet demand due to supply chain disruptions and labour shortages.

But it remains to be seen whether South Korea’s defence industry will continue its rapid growth in the coming years.

Sehun Cheon is a Visiting Fellow at the Institute for Defense Convergence, Seoul.

Joonsoo Park is a Senior Research Fellow at the Korea Institute for Defense Analyses.