‘Every single Test match is a bonus’: Why Usman Khawaja is loving the journey ahead of the summer series 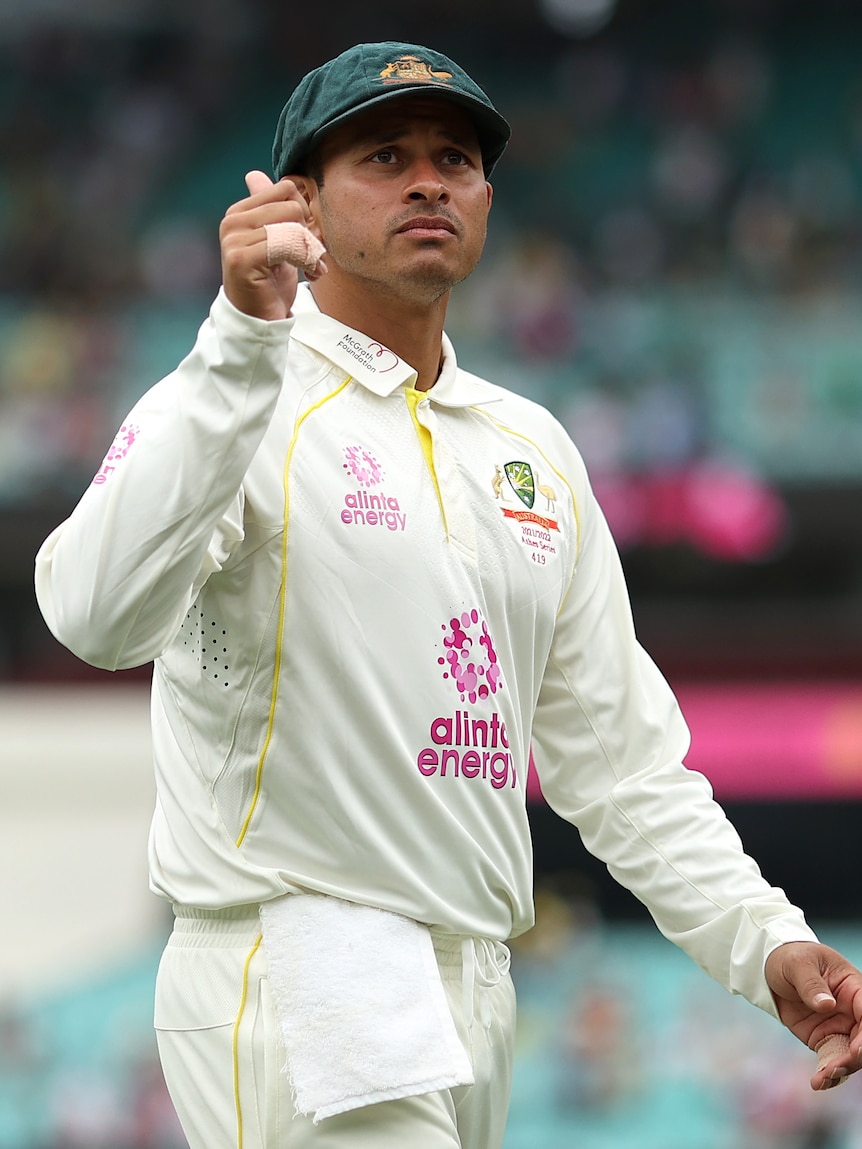 Usman Khawaja is preparing for a home Test cricket series against the West Indies and South Africa with nothing on his mind except enjoying the journey.

He is not looking ahead or wondering how long he has left in his career, which so far stands at 51 Tests for Australia.

The 35-year-old is aware of the finite nature of any sporting career, but he is very much at peace with that.

“I am enjoying the ride,” Khawaja said.

“Every single Test match is a bonus for me because in my head I can see my Test career is just about over. It is a nice place to be.

“I used to hold onto it very tightly before. I know it is all going to come to an end at some point. I don’t know when that will be, and it doesn’t bother me when it will be.

“If I am meant to play one more Test match or 20 or 30 … it just doesn’t matter to me anymore. I am just enjoying the journey for what it is.”

Khawaja has scored 888 Test runs in seven Tests this calendar year after being recalled to the side following a two-and-a-half-year absence.

He was not expecting to play Test cricket last season. Now he is back in the team and “enjoying every little bit of it”.

“I know for a fact from the past that if I look too far ahead that is when things have fallen apart,” he said.

“I try and stay in the moment and be mindful of just looking at the next game. I really don’t look at the schedule too far ahead.”

Khawaja knows he has a Test match to play against the West Indies soon.

It is November 30 to December 4 in Perth, a venue where he made 121 against New Zealand the first time he played there in Test cricket.

“I say to a lot of the guys that people won’t remember your 100s. The memories are more important than anything else,” Khawaja said when reminded of his success in Perth.

“They will remember what you are like as a bloke and what you were like to play with.

“You remember winning cricket games and time spent on the field and in the change rooms with your close mates. They are the things you will always cherish.”

If everything goes to plan for Australia then Khawaja and opening partner David Warner will resume their successful liaison against the West Indies. They used to flay attacks as youngsters for Sydney Coastal and South Eastern sides.

“I’ve batted with David since I was six years old and we have known each other for such a long time it is more like two mates going out there rather than just teammates,” Khawaja reflected.

“We have grown up together and now we are seeing our own families grow up.

“When I see my kids playing with his it is pretty cool because we did the same with each other.

“That all makes it easier to bat together. Hopefully we can keep it going.”