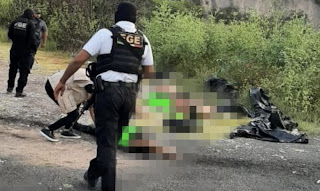 The remains of four dismembered individuals were left Friday morning at the edge of the Iguala-Teloloapan federal highway, in the northern part of the state.
So far the identities of the victims are unknown. However, according to initial reports, they are three men and a woman.
The discovery occurred around 7 am in a place that is located on the edge of the federal road, near the Che Guevara neighborhood in the city of Iguala.
Following an anonymous report to the 911 emergency number, elements of different security forces arrived at the scene and secured the area. Several pieces of cardboard were found next to the remains with messages that have not been disclosed.
Personnel from the FGE’s Forensic Services were in charge of carrying out the corresponding diligences. The remains were sent to the Iguala morgue.
Warning: Graphic Pictures 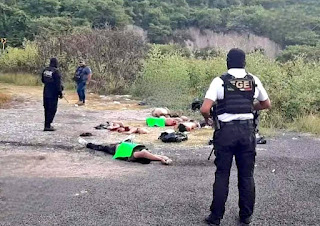 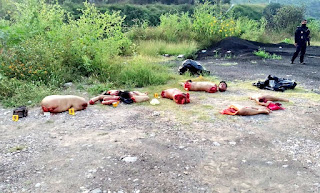 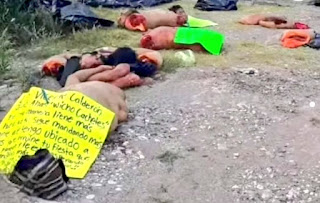 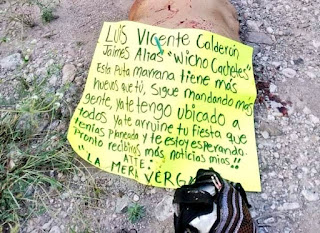 Narco message reads as follows:
Luis Vicente Calderon Jaimes aka Wicho Cachetes. This bitch ass pig has more bravery than you. Keep sending more people my way. I already have you and everyone else located. I’ve ruined that party that you had planned. Soon enough you will receive more news from me!
The Grand Dick 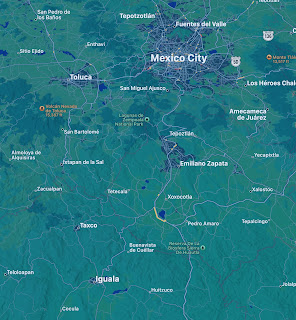 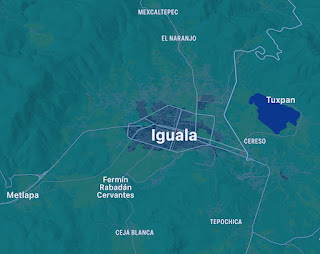