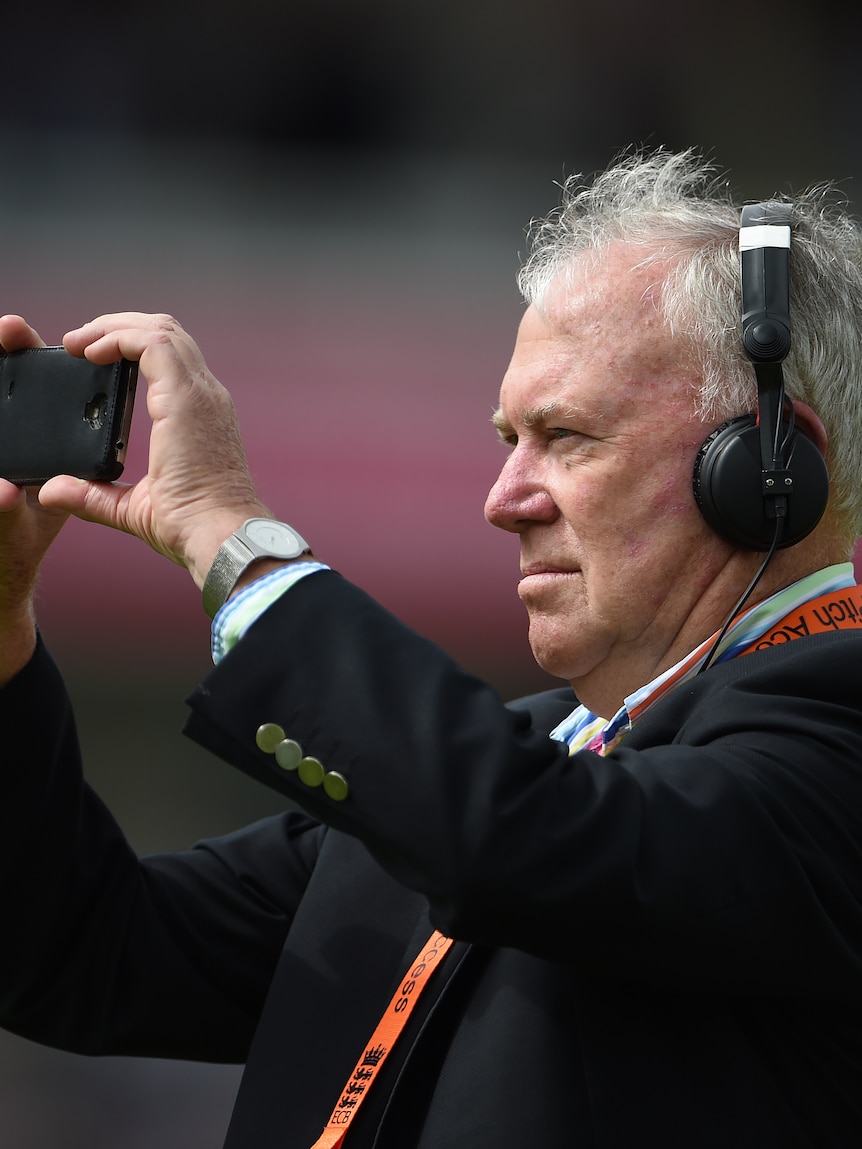 What are your memories of listening to cricket on the ABC?

Do you remember which voices filled your summer for years on end? Or perhaps simply the sounds of cricket hummed away in the background across your holidays?

If you closed your eyes the descriptions took you to the MCG or the SCG, and even the more exotic grounds of Australia’s overseas tours.

Chairman of the Chappell Foundation and co-founder of the LBW Trust, Darshak Mehta, can place himself exactly in that moment when listening in Mumbai in the 1980s.

“Half the excitement — or the problem — was would I be able to get reception off Radio Australia on whatever frequencies that I thought I could access? And when I could it was like lotto, I’d hit the jackpot,” he told ABC Sport’s Everlasting Summer podcast.

“There would be by the time it got to a decent hour, say 7.30 in the morning, there would be at least a cricket team full of people congregating around a large transistor radio, which was quite powerful and had a long antenna, on the lawns of the Cricket Club of India.

“So there we were at 5.30 or six in the morning, sitting on wicker chairs, the radio in front of us on a table, with either coconut water or tea. And absolutely enjoying the conversation that was taking place on air.

“To be able to tune in and listen and argue and also sometimes miss words because the Australian accent to me and to others in India was not very easy to understand or follow. But we sort of got the hang of it eventually.”

As more nations began to tour Australia, and Australia was heading abroad more often, there were new challenges to bring the game to an expanding audience.

Jim Maxwell is the voice that has been reaching ABC audiences for nearly 50 years, and he said introducing new commentators who represented the country Australia played was integral to providing balance.

“That was one of our problems until we managed to sort out either a former player as an expert — we probably pinched him from television — or a ball-by-ball commentator like Harsha Bhogle, to give it the flavour it required to make it sound like we were being at least fair to both sides by having a voice that represented that country,” Maxwell said.

“So normally we had a voice of some sort we could introduce to the commentary to make it sound balanced and certainly informed.

“But that’s not always easy to do, particularly away from places like Sri Lanka to find someone who could do the job properly. But the [arrival] of Harsha Bhogle as it was, was a revelation in terms of the India-Australia broadcast.”

Bhogle recalls working with Maxwell more than two decades ago calling on the sub-continent, when a faulty line meant broadcasting the India and Australia match off Maxwell’s mobile phone.

“I remember the 2001 test match in Kolkata. That was, of course, the game every Indian remembers because Rahul Dravid and VVS Laxman batted through the fourth day, Laxman with 281, Dravid made 180 and then Australia collapsed on the last day,” Bhogle said.

“(The line) kept dropping off and we actually did a major part of the day on Jim Maxwell’s mobile phone, and mobile phones had just come in, so we were actually doing it on our mobile phone.”

It didn’t impress the technical producers, but got the job done in a way Maxwell said provided authenticity.

Broadcasting equipment is far more sophisticated meaning these issues are few and far between, but the commentary partnership of Maxwell and Bhogle continues to be a mainstay for Australia India Test series.

Listen to the full series of Everlasting Summer here or via the ABC Listen app. Tune in to Grandstand today for live coverage of the second Test between Australia and the West Indies, or follow the blog at abc.net.au/sport