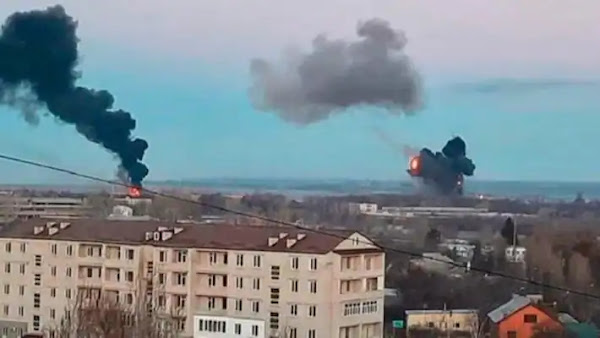 DNYUZ/New York Times: How Was Russia Able to Launch Its Biggest Aerial Attack on Ukraine?

The 96-missile barrage fired across Ukraine on Tuesday was Russia’s biggest aerial attack of the war so far. But it followed months of assertions by Western and Ukrainian officials that Moscow’s stockpile of missiles and other weapons was rapidly dwindling.

Whether the assault on infrastructure targets was long planned, as Ukrainian commanders say they believe, or served as a deadly response to Kyiv’s recapture of the city of Kherson last week, the widespread attack raises questions about how much Russia’s arsenal may be depleted and whether Moscow will endure by finding alternative sources of weapons.

WNU Editor: Russia has been building missiles forever. If you follow former Russian President Medvedev’s Telegram channel there are numerous videos and pictures of him inspecting weapon systems being built for the war effort, missiles included.

And while the Western narrative is that Russia is running out of missiles. I know that with the Russian economy now at a war-time footing, the Russian military has more than enough missiles to continue this war.