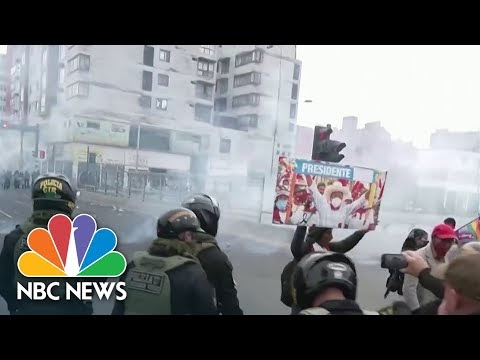 Washington Post: Protesters in Peru refuse to back down as political crisis deepens

LIMA, Peru — The political crisis roiling Peru deepened Saturday, as President Dina Boluarte’s new government edged toward collapse and protesters across the country refused to back down despite the military enforcing a state of emergency.

A total of 20 demonstrators are reported to have been killed in clashes with security forces, including eight allegedly shot Thursday by soldiers using live ammunition in the southern mountain region of Ayacucho.

Last year, those areas voted heavily for Pedro Castillo, a rural schoolteacher and former wildcat-strike leader, who was impeached as president last week after he attempted to dissolve Congress and restructure the judiciary.