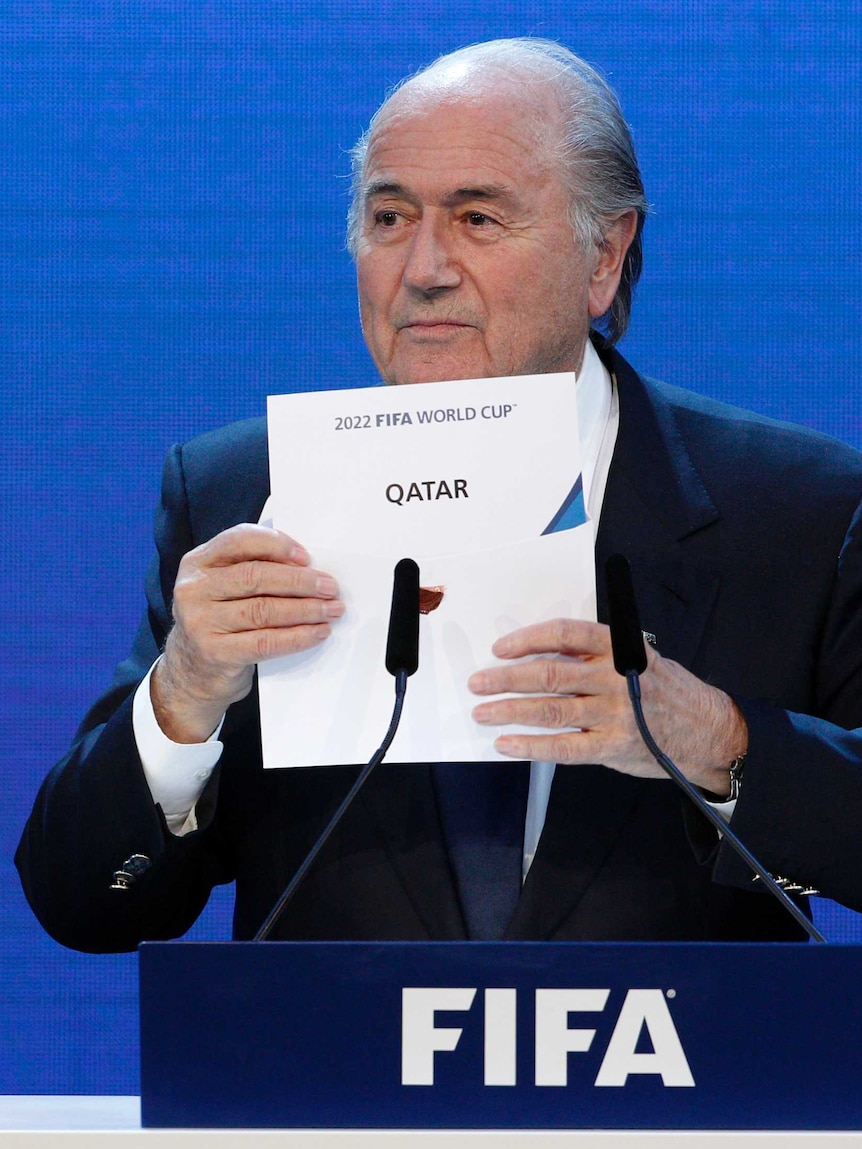 Picking Qatar to host the World Cup was a mistake, former FIFA president Sepp Blatter said as he cited a meeting between Nicolas Sarkozy and Michel Platini that swayed key votes.

The 86-year-old spoke with the Swiss newspaper group Tamedia in his first major interview since being acquitted with Mr Platini in July of financial misconduct at FIFA after a trial at federal criminal court.

“It’s a country that’s too small,” Mr Blatter said of Qatar, the smallest host by size since the 1954 tournament in Switzerland.

“Football and the World Cup are too big for that.”

The 32 teams will play 64 games in eight stadiums in and around the city of Doha which has been transformed since 2010 by massive construction projects to prepare for the World Cup.

Matches start on November 20 with about 1.2 million international visitors expected to arrive in Qatar during the World Cup.

With limited places to stay in the host nation, some will commute in from neighbouring states.

“It was a bad choice. And I was responsible for that as president at the time,” said Mr Blatter, who has long said he voted for the United States.

Its bid was beaten by Qatar in the final round of a five-candidate contest to be 2022 host.

It became part of FIFA lore that an expected US victory swung toward Qatar at a meeting Mr Sarkozy hosted in Paris in the week before the December 2, 2010 vote by FIFA’s executive committee.

French football great Platini, then president of European soccer body UEFA and a vice-president of FIFA, was invited by then-French president Mr Sarkozy to his official residence.

Mr Blatter on Tuesday repeated his claim that Mr Sarkozy put pressure on Mr Platini, and again gave his version of a telephone call Mr Platini made to him after the Paris meeting that the World Cup voting plan had changed.

“Thanks to the four votes of Platini and his (UEFA) team, the World Cup went to Qatar rather than the United States. It’s the truth,” Mr Blatter said of the 14-8 voting result.

In comments to the Associated Press in 2015, Mr Platini broadly confirmed the significance of that meeting in Paris.

“Sarkozy never asked me to vote for Qatar, but I knew what would be good,” Mr Platini told an AP reporter in Zurich seven years ago.

He acknowledged that he “might have told” American officials that he would be voting for their 2022 bid.

Mr Blatter did not specifically refer to criticism of Qatar on labour and human rights issues since 2010.

However, he did question why his successor as FIFA president, Gianni Infantino, has moved to live in Qatar for at least the past year.

Mr Blatter noted growing calls, by rights groups and several FIFA member federations including the US and England, to create a compensation fund for families of workers who died or were injured.

Qatar’s government has resisted the calls and described them as a “publicity stunt”.

“What can FIFA say if its president is in the same boat as Qatar?” Mr Blatter said of Mr Infantino choosing to live in Doha.

FIFA did not immediately respond to a request for comment on the interview.

Mr Blatter, who went to Moscow during the 2018 World Cup as a guest of Russia while he and Mr Platini were suspended by FIFA from football, told the Swiss newspaper reporters he would watch games in the coming weeks on television at his apartment in Zurich.