Should We Fear The Rise Of Russia’s Hardliners? 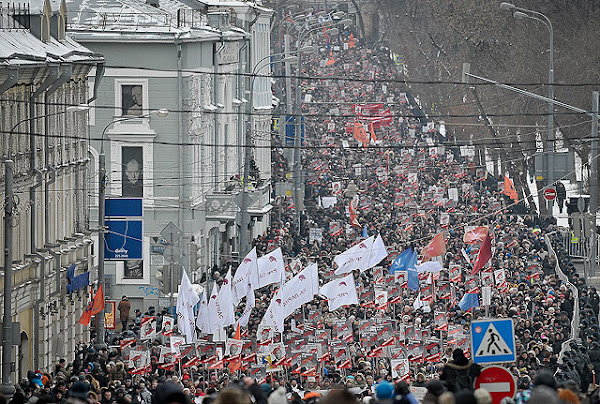 (Bloomberg) — The rise of outspoken hardliners in the Kremlin is alarming insiders fearful the Russian president will heed their calls for even more confrontation abroad and sweeping repression at home.

Senior business executives and government officials have watched with growing worry as players they once considered marginal like Yevgeny Prigozhin, known for his Wagner mercenary company and recruiting of prison inmates to fight in Ukraine, have become the public forces behind Vladimir Putin’s push to step up his increasingly all-encompassing war effort.

WNU Editor: I share the same concerns that are expressed in the above Bloomberg article, but I think the author is missing a bigger point.

And here is another important point. The driving force behind this change in mood and altitude is not the war, or Western Russo-phobia, though they are fueling it. It is Russian nationalism.

Russian nationalism has always been very strong. While it was suppressed by Soviet authorities, they were never successful in stamping out. And after the breakup of the Soviet Union, it started to rise again, first by how Russian minorities were being discriminated against in the Soviet republics that became independent, and then by Putin himself who saw how this resonated with the electorate.

But the war and Western reaction has propelled this hardcore nationalism to an entirely different level. It is now front and center, and I do not think most (if not all) Westerners have caught on.

In my own conversations with relatives/friends/and contacts in Russia I have experienced first hand this change in mood. People who were opposed to the invasion in March now support it. People I knew who were opposed to Putin’s policies in the past now embrace them. Relatives who were always ignorant and/or not caring about politics are now focused on it everyday. Business contacts that always wanted to do business in the West now spit on it. And all of it revolves around protecting Russia from those who want to do harm to its people.

And it gets worse.

Russia for Russians. Business leaders must focus on building and investing in Russia, not the West. Those who leave Russia should not come back.

I am hearing it all.

And that is why today’s announcement that Russian military forces are going to retreat from Kherson concerns me. It is only going to reinforce the need to escalate the war to an entirely different level. And no one in Russia is going to oppose it and/or give an alternative pathway for the country to follow.