By Itzli for Borderland Beat

In a surprise turn of events, it is being reported that a judge has ordered the immediate release of Mario Alberto Cárdenas Medina, alias “El Betillo”, a nephew of Osiel Cárdenas Guillén who was high ranking member of the Matamoros faction of the Cartel del Golfo (Gulf Cartel, CDG) before his arrest. 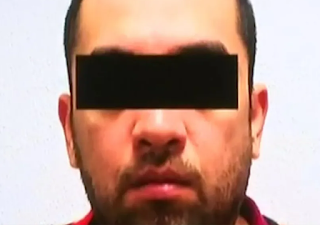 Having been reassigned to a prison in Jalisco in 2003 once it was discovered that he was organizing drug shipments from behind bars, “El Gordo”  was released sometime in 2007, which was in the months following the extradition of Osiel Cárdenas Guillén to the United States.

“El Betillo’s” time in the CDG was initially short lived as he was arrested on June 8, 2009 in Matamoros by a military patrol. At the time he was reported to be in charge of a cocaine trafficking cell of the CDG that received drug shipments in the Playa Bagdad area of Tamaulipas. He was thereafter sentenced to prison in Altiplano.

His father, “El Gordo”, would be arrested on September 3, 2012, having been leader of the CDG for nearly two years following the death of “Tony Tormenta”, a time in which the CDG fractured into factions, the two most notable being Los Metros and the Matamoros faction.

The First Return and Recapture of “El Betillo”

Sometime in mid 2015 “El Betillo” was released from prison and returned to Matamoros, allegedly taking control of the faction without issue, with it being alleged in November of that year that Rogelio Rolando Gonzalez Pizana, alias “El Kelin”, was his chief enforcer and his brother, Manuel Cárdenas Medina, alias “El Many”, was his right hand.

The ambitions of “El Contador” put him increasingly in conflict with “El Betillo” and became evident in October 2016 when “El Many” was killed in Monterrey, Nuevo Leon as rumors quickly emerged that “El Contador” had ordered the killing, either in a move to seize power, as the rumors were back then, or in order to secure an affair that “El Contador” was having with the wife of “El Many”, as it would be alleged over time.

Regardless, a level of tension and infighting within the Matamoros faction of the CDG emerged with conflicting loyalties to “El Betillo” and “El Contador” over the years. “El Contador” would go on to be arrested in February 2018, released days later, and arrested again in March 2019, only to be released again in November 2020.

As for “El Betillo”, he was arrested in July 2019, although he allegedly continued to exert influence on his allies from behind bars, most notably Raul Garcia Martinez, alias “Escorpion 2” and Carlos Martinez Perez, alias “El Cuate Martinez”.

In February of this year “El Contador” was once again arrested and is behind bars at the time of this writing. Thereafter, José Alberto Garcia Villano, alias “La Kena”/codename “Ciclon-19”, has emerged as the alleged leader of the Matamoros faction of the CDG, although it is heavily rumored that a son of “El Contador”, Axel Alfredo Cárdenas, code name “Titán 7”, is the actual leader or, at the very least, being groomed for leadership.

On November 11, a judge ordered “El Betillo” be released due to reasonable doubt that weapons and drugs were found at the time of his arrest. The situation is still fluid, as appeals are being filled and his exact status unclear.

In an emerging twist, at the time of this post news is breaking that his ally Carlos Martinez Perez, alias “El Cuate Martinez”, who is married to a daughter of Osiel Cárdenas Guillén, has been arrested in Texas.