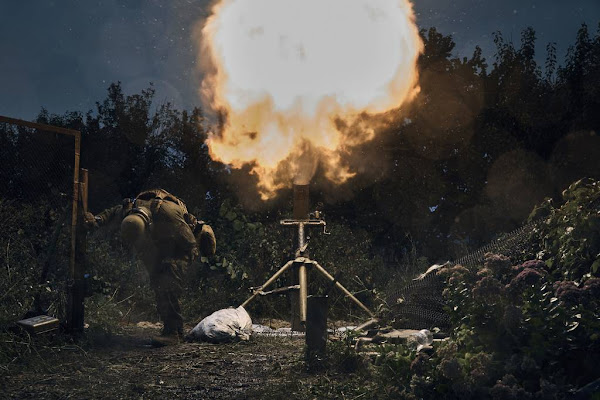 Ukrainian soldiers fire in the recently retaken city of Kupiansk, in the Kharkiv region, Ukraine, Friday, Sept. 23, 2022. The United States director of national intelligence said Dec. 3 that Russian forces have severely depleted their munitions stockpiles, particularly precision-guided weapons, and doesn’t have the capacity to replace them fast enough. (Kostiantyn Liberov/AP)

CNBC: U.S. intel chief says Russia is using up ammunition in Ukraine faster than it can replace it

Russia is using up ammunition “quite quickly,” prompting Moscow to look to other countries for help, including North Korea, Haines told NBC News’ Andrea Mitchell at a panel at the Reagan Defense Forum in Simi Valley, California.

Asked how fast Russia was using up ammunition, Haines said: “I don’t think I can give you precise numbers in this forum. But quite quickly. I mean, it’s really pretty extraordinary.”

WNU editor: Russia’s economy was shifted a few months ago into a war time economy. I have no doubts that Russia will be able to replenish their supplies. Missiles included.

As for what the US can supply. I learned today that Ukraine has already gone through 13 years of Stinger missiles being produced. So yes, I concur with US intel chief Avril Haines that the US has a problem …. We haven’t got this figured out just yet’: Pentagon, industry struggle to arm Ukraine (Politico).