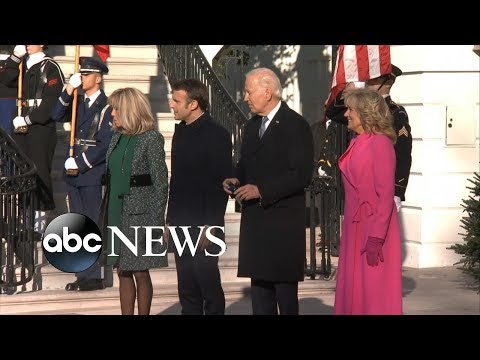 Daily Mail: What tensions? Biden and Macron put on a show of a détente – as US president says he has ‘no apologies’ for green subsidies that French leader called ‘super aggressive’ – but admits there are ‘glitches’ that can be fixed

* But Biden refused to apologize for the Inflation Reduction Act, which Macron has said would cost Europe jobs

* ‘I make no apology’ for it,’ he said but did admit there are ‘glitches’ to tweak

Joe Biden and Emmanuel Macron tried to paint over their economic tensions on Thursday when the U.S. President hinted there is room to change the climate subsidies his French counterpart called a threat to Europe.

In a private meeting in the Oval Office, the two leaders went head-to-head over Biden’s Inflation Reduction Act and policies that Macron says will kill jobs.

WNU Editor: The French President came with a message …. Macron, in Washington, says Biden’s agenda could ‘fragment the West’ (Washington Post). But President Biden says he has ‘no apologies’ for green subsidies that French leader has called ‘super aggressive’.