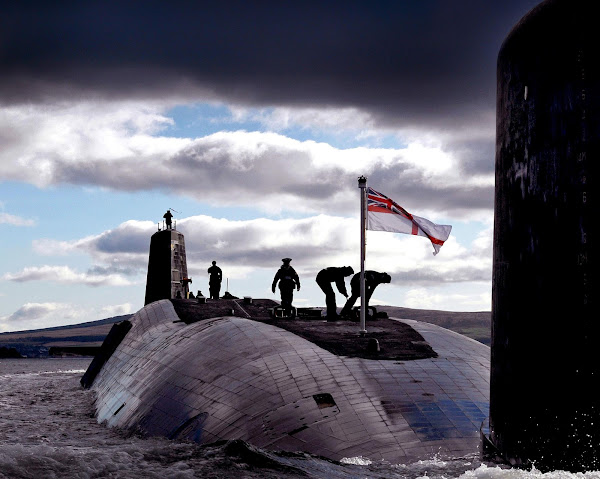 The Guardian: Safety fears as UK Trident submarines are put to sea for longest-ever patrols

Britain’s Trident nuclear armed submarines have recently been deployed at sea for record breaking periods of five months each, leading one former navy commander to warn that the longer patrols could affect operational safety.

Investigative journalism site the Ferret reported on Tuesday that two Trident-bearing Vanguard class submarines each went out on patrol for 157 days during this year, based on monitoring data from campaign group Nukewatch.

Rob Forsyth, who helped command Polaris nuclear submarines in the 1970s, said that “with patrols now lasting 150 days or more” the most significant challenge was crew discipline, in a blogpost published on Tuesday.

WNU Editor: These concerns over safety are justified. There was a fire onboard one of these Trident submarines only a few weeks ago …. British Nuclear Submarine Catches Fire, Aborts Top ‘Secret Mission’ (Marine Insight)