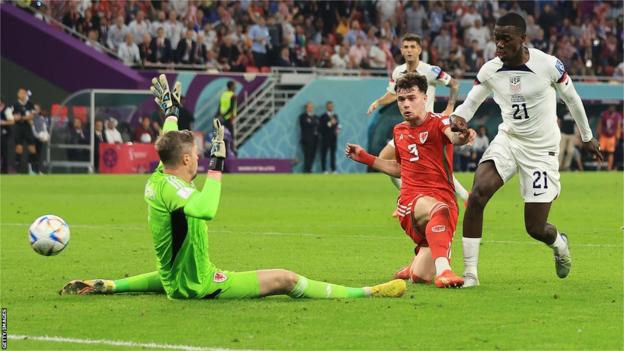 Gareth Bale rode to Wales’ rescue once again as the captain’s late penalty salvaged a draw against the United States in his country’s first World Cup game for 64 years.

Wales were listless and overrun in a first half dominated by a vibrant USA team, who led as Tim Weah finished smartly after a surging run and pass by Christian Pulisic.

The half-time introduction of striker Kieffer Moore revitalised Wales, whose newfound energy and purpose turned a one-sided affair into a genuine contest as Ben Davies and Moore both came close to equalising.

Then with nine minutes left, the hitherto anonymous Bale was clattered in the box by Walker Zimmerman before confidently whipping his penalty into the net to send the travelling Welsh supporters behind that goal into raptures.

Wales finished the game strongly, buoyed to have secured a point on their long-awaited World Cup return when they had appeared to be heading for a defeat which would have left them staring at an early exit from the competition.

Instead, Robert Page’s men will return to the Ahmad Bin Ali Stadium on Friday to face Iran – thrashed 6-2 by England earlier on Monday – knowing that victory would give them a chance of progressing to the second round.

Wales conclude the group stage against England a week Tuesday but thoughts of that game can wait as they savour this fightback and the good it will do for their hopes of extending their World Cup adventure.

This was a seismic moment for Wales, not only in a footballing sense but in a broader historical context for a nation which has never enjoyed the global attention that comes with a modern-day World Cup.

No country had waited as long between a first and second appearance at the tournament as Wales had done with their 64-year absence, a barren spell littered with painful tales of near misses.

But Wales are now in the midst of a golden era, ending their 58-year wait for a major tournament by qualifying for Euro 2016 – where they reached a historic first semi-final – and backing that up by reaching the second round of Euro 2020.

World Cup qualification continued to prove elusive until Wales overcame Ukraine in their play-off final in June. After that moment of catharsis in the pouring Cardiff rain, this game in Qatar was their return to football’s grandest stage in the dry heat of the desert.

However, Wales’ first-half performance failed to match the magnitude of the occasion.

They were slow to settle and severely disjointed against their dynamic opponents, who seized the initiative in a first half which should have brought them more than one goal.

The States’ first chance came in the ninth minute when Weah’s powerful cross from the right was headed towards his own goal by Joe Rodon but, fortunately for the Wales centre-back, it hit his goalkeeper Wayne Hennessey. That was not the end of the danger though as, seconds later, Josh Sargent glanced a close-range header against the post.

Midfield seemed to be the area of greatest concern for Wales, who surprisingly dropped striker Moore and started with Fulham playmaker Harry Wilson alongside the similarly attack-minded Aaron Ramsey in front of Ethan Ampadu, tasked with protecting the back three.

The idea seemed to be to match the USA’s impressive middle three of Weston McKennie, Yunus Musah and Tyler Adams – but it did not work as the disconnect between Wales’ defensive and attacking players saw them outmanoeuvred in this key battleground.

That was clear as the USA took the lead as Pulisic drove past his opponents and threaded a fine through ball to Weah, who clipped the ball beyond the onrushing Hennessey with the outside of his right boot.

As Wales left the field at half-time, the only consolation they could take from such an abject display was the fact that they were not further behind.

The official estimate of Welsh fans at the Ahmad Bin Ali Stadium was a seemingly conservative 3,000 and, although they were outnumbered by Americans, the noise generated by the sea of red behind one goal reverberated with the power of a home crowd.

Their rendition of Hen Wlad Fy Nhadau, the Welsh anthem, stirred the soul and, even as they watched their team outplayed in the first half, their support was unwavering.

There was more heft and belief to their roars, however, as Wales improved beyond recognition in the second half.

Moore’s introduction was pivotal to the shift in momentum. Whereas Wales had been directionless and barely able to string two passes together in the first half, after the break they attacked with clarity now the in-form Bournemouth striker provided a proper focal point.

His link-up play brought Aaron Ramsey and Bale into the game, while Wales’ increased time on the ball allowed wing-back Neco Williams to push forward.

Wales’ first real chance of the game came in the 64th minute as Tottenham defender Davies’ looping diving header was superbly tipped over by Arsenal keeper Matt Turner. Then from the subsequent corner, Moore headed narrowly over.

Wales were transformed, now keeping hold of the ball and forcing the USA – suddenly vulnerable – on to the back foot.

Rattled where they were once in calm control, the USA’s loss of composure manifested itself in the concession of the penalty as Zimmerman clumsily slid in behind Bale.

It was to prove a costly mistake, which Bale punished with a ferocious left-footed spot-kick which whistled past Turner on its way into the net.

That prompted riotous celebrations among the Red Wall behind the goal and, while the players’ reaction at the final whistle was more restrained, the satisfaction was evident as Wales avoided defeat to make a solid return to the World Cup. 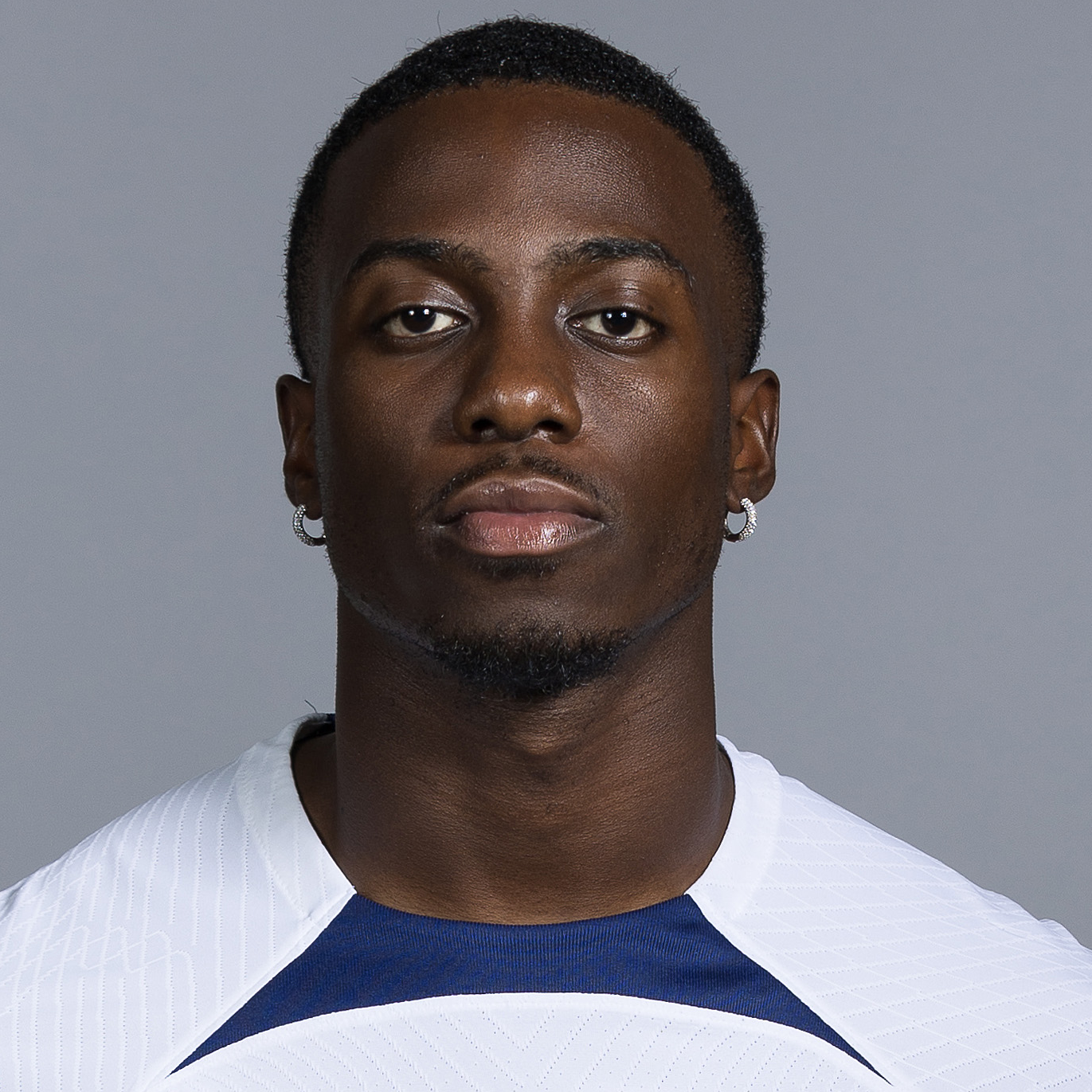