According To The Law, The Penalty For Torture In The State Is 4 To 15 Years In Prison 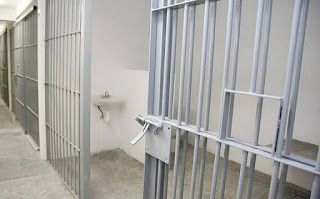 According to the Law to Prevent, Punish and Eradicate Torture in the State of Chihuahua, this is the penalty established for those who commit the crime in the state.

According to the Law to Prevent, Punish and Eradicate Torture in the State of Chihuahua, the penalty for this crime is between four to fifteen years in prison for anyone who commits torture in its various forms within the state, which would be the case of the former Human Rights Prosecutor, Francisco G. A.

Article 5 of this law states that whoever commits the crime of torture will be sanctioned with a prison term of four to fifteen years, a fine of two hundred to five hundred days and disqualification from holding any position, commission or public employment for a period equal to the prison sentence imposed.

Francisco G.A. was in charge of the Special Prosecutor’s Office for the Investigation of Human Rights Violations and Forced Disappearance, and was in charge of the investigations of Operation Justice for Chihuahua, in which they focused on capturing people close to Cesar Horacio Duarte Jaquez to look for alleged corruption crimes, among others.

Likewise, it is noted that the disqualification will be imposed as an autonomous penalty, in the terms of section II of article 55 of the Criminal Code of the State. When two or more persons are involved in the torture, the penalty will be increased by one third, which according to what was exposed in the first hearing, could be framed against the now detainee.

The Law to Prevent, Punish and Eradicate Torture in the State of Chihuahua also contemplates that the penalties established in the previous paragraph will be increased by one half when it is committed to the detriment of minors or persons who do not have the capacity to understand the meaning of the act, the victim is a woman or a person over seventy years of age. The penalties established in the preceding paragraph shall be applied independently of those applicable for the commission of other crimes.

The crime of torture is committed when the public servant who, by reason of his powers, inflicts pain or suffering on a person, whether physical or psychological, for the purpose of: Obtain from the tortured person or a third party, information or confession; Punish him for an act he has committed or is suspected of having committed; Coerce him physically, mentally or morally, so that he performs or fails to perform a certain conduct; Obtain pleasure for himself or for some third party, or for any other reason based on some type of discrimination.

Incommunicado detention is understood as the deprivation, for longer than is reasonably necessary, of the right of any person subjected to any form of detention or imprisonment to notify, or to request that the competent authority notify, his family or other suitable persons designated by him, of his arrest, detention, imprisonment or transfer and the place where he is being held in custody, shall be considered torture.

According to the information provided by the State Attorney General’s Office, the former official would have committed torture, inhumane acts, among other acts, to put pressure with information that would contribute to form the corruption files of the “X files” headed by the administration of Javier Corral Jurado.