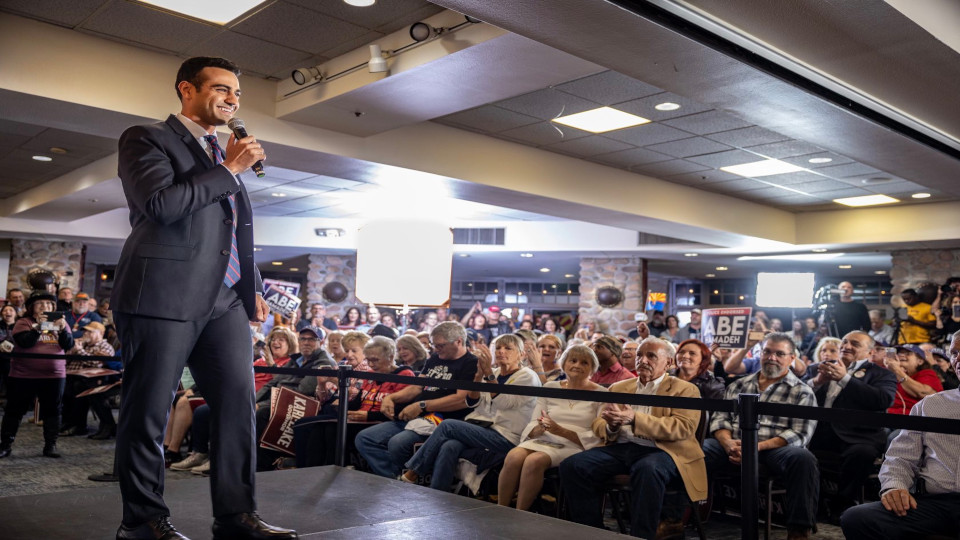 Joined by the Republican National Committee (RNC), Arizona’s GOP candidate for attorney general, Abe Hamadeh, filed a lawsuit against election officials Tuesday for what they call a host of “errors and inaccuracies” in the handling and later counting of votes at certain polling places, particularly in Maricopa County.

The AG candidate, along with the state’s GOP gubernatorial candidate Kari Lake and a large number of state and national Republicans, has scrutinized a number of errors that took place at Maricopa County polling places. In a tweet Tuesday evening, Hamadeh said, “the GOP is proud to join in this legal action. Maricopa County’s election failures disenfranchised Arizonans. We’re going to court to get the answers voters deserve.”

The 25-page complaint claims alleged election board misconduct, the tallying of unlawful ballots and the incorrect counting of votes, KPNX reported.

The lawsuit claims that inadequate training for poll workers, as well as false statements from Maricopa Election Supervisor Bill Gates on the process of instructing voters on what to do in the event of a printer malfunction, led to incorrect vote counts.

In one notable issue that has been heavily scrutinized by Republicans, election officials reported that a “printer issue” affected roughly 17,000 ballots on Election Day.

On Election Day, officials announced that about 20% of tabulators at county polling sites were malfunctioning. “We have two tabulators. One of the tabulators is not working, OK? The other tabulator is taking about 75 percent successful,” a poll worker told a lengthy line of voters. “So 25 percent of them are being misread, and it could be a printer issue, and it could be a tabulator itself.”

“So when it’s misread, you have an option to put it into what’s called box three, and it gets read. Whether it goes downtown and gets read manually, or whether re-fed into our tabulator, they get read, OK? the poll worker explained. “No, we don’t wanna adjudicate,” one voter could be heard saying.

“So no one is trying to deceive anybody the poll worker said, prompting groans from the crowd. “I don’t trust going in the box, they never make it down there,” one woman said. “I’ll come back.”

The complaint also claims that numerous voters “checked in” at polling locations but did not “check out” or cast a ballot.

At least 273 voters who were not properly “checked out” at their initial polling location and later submitted a provisional ballot had those ballots discarded after election officials incorrectly marked them as having voted already.

The suit also alleges duplicate vote counts due to scanning errors, illegal early counting of mail-in ballots and the counting of ballots without proper signature verification.

Arizonans demand answers and deserve transparency about the gross incompetence and mismanagement of the General Election by certain election officials. I will not stop fighting until ALL voters receive justice.

See you in court. pic.twitter.com/5jJ6WWt8IK