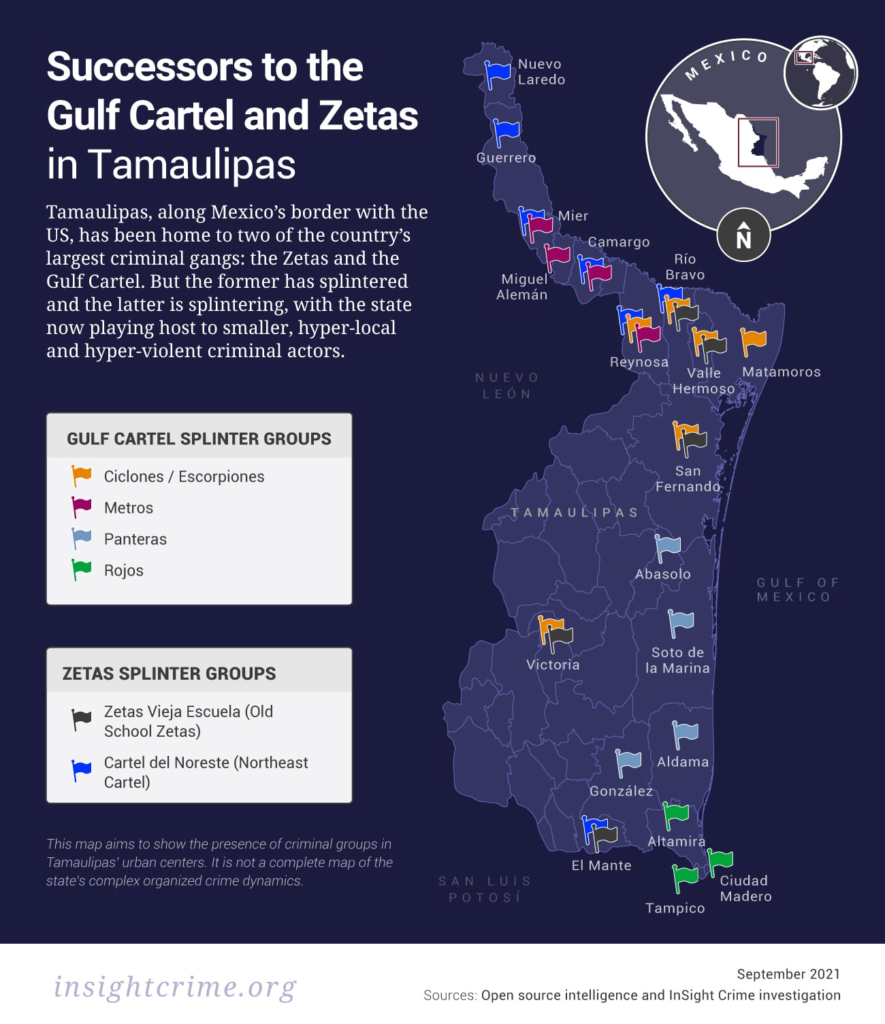 The Northeast Cartel has brought Mexico’s northern city of Nuevo Laredo to a standstill for the second time this year following the capture of another top leader. Still, this show of armed strength could be hiding weakness beneath.

Firefights erupted between gunmen belonging to the Northeast Cartel (Cartel del Noreste – CDN) and Mexican military forces following the capture of Heriberto Rodríguez Hernández, alias “El Negrolo,” in the border city of Nuevo Laredo, Tamaulipas on November 28, according to a press release from Mexico’s Ministry of Defense (SEDENA).

Clashes began early on November 28, with schools, offices, and public transport suspended across the city. The criminal group allegedly set vehicles on fire and installed blockades along key thoroughfares. But Tamaulipas Governor Américo Villarreal announced that the violence had not been directly linked to any deaths, although more Army troops are still set to be deployed in Tamaulipas.

El Negrolo was the presumed leader of Tropa del Infierno (Hell Troop), the armed wing of the Northeast Cartel. He was wanted for his alleged involvement in the kidnapping of a mayor in Coahuila in October and his involvement in attacks against Mexican army offices and the United States consulate in Nuevo Laredo last March, according to a Mexican government press release following his arrest.

Under his watch, Tropa del Infierno developed a reputation as a brutal fighting force. Starting in 2019, it has frequently clashed with the Jalisco Cartel New Generation (Cartel Jalisco Nueva Generación – CJNG) and the Mexican Army.

This is not the first time that Nuevo Laredo has faced such paralysis. In March, the capture of the CDN’s leader, Juan Gerardo Treviño Chávez, alias “El Huevo,” resulted in a similar outburst of violence. And in August 2021, Fernando de Jesús Rodríguez Adame, alias “El Werko,” a leading member of the Hell Troop, was also captured in Nuevo Laredo, which reportedly led to several shootouts.

The CDN has controlled northern Tamaulipas and key crossings into the United States for several years since the loss of power of the Gulf Cartel (Cartel del Golfo – CDG) and the demise of the Zetas. But while the CDN is perhaps the state’s most prominent actor, it remains entangled in territorial battles with former CDG factions and the CJNG.

The arrest of Rodríguez Hernández is yet another blow to the CDN. Any perceived weakness could lead to further attempts by rival groups, such as the CJNG, to claim control of trafficking routes to the United States in northern Tamaulipas.

The CDN’s show of strength may be an attempt to prevent such a response.

First, such coordinated actions showcase that, despite suffering key arrests, groups like the CDN retain the potential to paralyze a major city and cause economic damage.

“I’m not in favor of the government’s strategy that suggests that the more the cartel is dismantled, the more a cartel is weakened,” Marisol Ochoa, an investigator with Mexico’s Ibero-American University and an expert on Tamaulipas’ criminal landscape, told InSight Crime.

But despite this, Tamaulipas could see a surge in violence if CDN rivals attempt to muscle in on Nuevo Laredo. Controlling the city means controlling the border bridge to Laredo, Texas, and all of the criminal wealth this generates.

Migrant and arms smuggling have been criminal mainstays of the Nuevo Laredo to Laredo, Texas route. But fentanyl trafficking is a growing concern. Overdoses of the synthetic drug in Laredo are up 100% year-on-year, according to Mayor Pete Saenz, and a bag of blue fentanyl pills was found on Rodríguez Hernández when he was arrested. And, during the 2021 fiscal year, fentanyl seizures at entry points to the United States in southern Texas increased by over 1,000%, according to US Customs and Border Protection.

These riches mean that the CDN may face competition for control of the gateway city. “Destabilization often results in increased violence,” she said. “They [the CDN] may even seek to re-articulate alliances [with other cartels]. But they will fight for their territory.”

Finally, political shifts in Tamaulipas may contribute to a reorganization of criminal dynamics in the state. Former Tamaulipas governor, Javier García Cabeza de Vaca, left office in October and is heavily rumored to have had significant ties to organized crime, including the Gulf Cartel. His new replacement, Américo Villareal, has already faced controversy over a photo in which he appeared alongside Gerardo Teodoro Vázquez Barrera, alias “El Gerry,” an alleged CDN member. Anaya denied knowing who Vázquez Barrera was.