SRE And SSPC Investigate Alleged Release Of “La Barbie” In US, Says AMLO 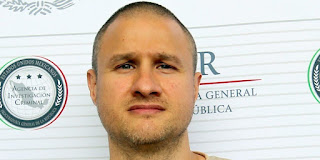 Despite the fact that inmate number 05658-748 – corresponding to Edgar Valdez Villarreal aka La Barbie, a former hitman chief and lieutenant of the Sinaloa Beltran Leyva brothers, as well as, before that, of Joaquin Archivaldo Guzman Loera, “El Chapo” – does not appear in its records, the U.S. Federal Bureau of Prisons (BOP) left open the possibility, on November 29, 2022, that the Texan capo would continue to be in the custody of the U.S. Government. He would serve the remaining 34 years of his 49-year prison sentence, which was set to expire on July 27, 2056.

However, as the BOP did not disclose, it was not known at this time whether “La Barbie” was released from Coleman II Federal Penitentiary, located in Sumter County, Florida, United States, or which U.S. federal agency would have custody of the Texas drug lord.

It is possible that he is in a US Marshals Service facility, but his spokespersons have not confirmed this as of the publication of this article,” said Univisión Noticias, to which, without specifying why the change of custody occurred, Benjamin O’Cone, spokesperson for the BOP, said that it could be due to medical treatment or court hearings.

“Inmates who were previously in BOP custody and who have not completed their sentence may be out of BOP custody for a period of time for court hearings, medical treatment or for other reasons […] We do not provide specific information about the status of inmates who are not in BOP custody for security or privacy reasons,” the same U.S. federal official told the aforementioned media outlet.

AMLO REPORTS THAT SRE AND SSPC ARE ALREADY INVESTIGATING THE ALLEGED RELEASE OF ‘LA BARBIE’.

President Andrés Manuel López Obrador (AMLO) informed, on November 29, 2022, that the Secretariats of Foreign Affairs (SRE) and Security and Citizen Protection (SSPC) of the Federal Government were in the process of confirming the possible release of “La Barbie” in the United States.

However, during his morning press conference -held from the Treasury Room of the National Palace-, the politician from Tabasco reserved his opinion on the matter. Likewise, he assured that he would have to wait for the course of the day before assuming that the former Beltrán Leyva’s hitman chief had been released.

“If he is not in prison, we have to see what the arrangement was, because his sentence was for several years; here in the country there are also complaints filed,” said the Mexican president.

“We don’t know precisely if he is still detained or not. It is still very early. In the course of the day or tomorrow everything will be known, and let’s not get ahead of ourselves, let’s wait to see what is happening”, commented the politician from Tabasco.

“This was made known yesterday by the newspaper Milenio, who knows what their source is, which of course must be a U.S. agency because there is no way they are looking at the list of all the prisoners to see if they are there or not. Someone knew or wanted it to be known and leaked the information,” said López Obrador.

THE CRIMINAL TRAJECTORY OF “LA BARBIE

Édgar Valdez Villarreal, alias “La Barbie”, former hitman chief and lieutenant of the Sinaloa Beltrán Leyva brothers, as well as, before that, of Joaquín Archivaldo Guzmán Loera, “El Chapo”, has been extradited seven years and six years after reaching an agreement to become a collaborating witness.

The 49-year-old kingpin, born in Laredo, Texas, was convicted on June 11, 2018, in Atlanta, Georgia, USA, on charges of cocaine trafficking and money laundering, in addition to having to pay a fine of 192 million dollars. At that time he was interned at Fort Dix Federal Correctional Facility, in New Jersey. He was later transferred to Coleman II Federal Penitentiary, located in Sumter County, Florida.

According to the newspaper Reforma, which reported the fact on November 29, 2022, once he left prison, the U.S. government did not return Valdez Villarreal to his Mexican counterpart, so that the Texan drug lord could continue with at least 4 trials that he left pending and without sentence.

Valdez Villarreal was arrested on August 30, 2010 by elements of the Federal Police (PF), in a country house in the State of Mexico, while fighting for the leadership of the Beltran Leyva Cartel, after his boss, Arturo, alias “El Barbas”, died during a confrontation with elite elements of the Mexican Navy Secretariat (SEMAR), in a subdivision of Cuernavaca, Morelos, in December 2009.

“La Barbie” remained in prison until September 30, 2015, in the Federal Center for Social Readaptation (CEFERESO) Number 1, “El Altiplano”, located in the municipality of Villa de Almoloya de Juárez, State of Mexico, when he was extradited to the United States.

At the time of his surrender to the U.S., the Texan had criminal proceedings 61/2010 and 44/2012 pending before the Third District Court in Federal Criminal Proceedings of Toluca, for organized crime and crimes against health in the form of promotion, respectively.

“La Barbie” asked his lawyer Kent A. Schaffer to accelerate his extradition to the United States to negotiate a reduction of his sentence in exchange for providing information. From September 15, 2015, the date on which he was extradited to the US along with 12 other drug traffickers, his legal strategy was to reach agreements to obtain a sentence reduction and plead for clemency as a US citizen.

Tried in the Northern District Court of Georgia in Atlanta on January 6, 2016, “La Barbie” pleaded guilty to conspiracy to import and distribute cocaine, as well as money laundering.

“Valdez Villarreal imported tons of cocaine into the U.S. while working tirelessly in the ranks of one of Mexico’s most powerful cartels, leaving countless lives destroyed by drugs and violence in his wake,” said prosecutor Byung J. “BJay” Park in a statement.

“Valdez engaged in two decades of drug trafficking crimes and reigned with immeasurable acts of violence and intimidation. His ruthless and violent drug trafficking activities posed a significant threat to the quality of life in our country and elsewhere,” said DEA Special Agent Robert J. Murphy.

The U.S. courts accused ‘La Barbie’ of trafficking truckloads of cocaine in the eastern United States and sending millions of dollars in profits back to Mexico. For several years, he was on the Federal Bureau of Investigation’s (FBI) most wanted list.

The US Drug Enforcement Administration (DEA) claimed that the Texan drug lord was feared for his brutality, after unleashing a bloody struggle for control of the Beltran Leyva Cartel’s territories, for which he committed multiple murders.

Valdez Villarreal went from distributing marijuana in Laredo, Texas, to shipping up to 180 kilos of cocaine in New Orleans, Memphis and other US cities, according to the DEA. Once he became a high-level drug distributor, he developed a close relationship with “El Barbas,” who was then one of El Chapo’s most trusted men.

La Barbie” began coordinating cocaine shipments from Colombia to Mexican territory in speedboats and airplanes. In the early 2000s, Valdez Villarreal crossed the Mexico-Texas border in truckloads of up to 300 kilos of cocaine. In Atlanta alone, his group distributed 1.5 tons of the drug in just six months in 2005.

The Justice Department says it was able to build a case against “La Barbie” using wiretaps, seizures of more than 100 kilos of cocaine and $4 million in cash, as well as the cooperation of several of his former associates who became DEA informants.

In February 2016, the US Department of Justice presented a list of 11 collaborating witnesses in the trial against Alfredo Beltrán Leyva, “El Mochomo”, before the Federal Court of the District of Columbia, in Washington. One of the main ones was precisely the native of Laredo, Texas.

In November 2012, “La Barbie” wrote a letter in which he accused Genaro García Luna, then head of the now-defunct Secretariat of Public Security (SSP) during the government of Felipe Calderón Hinojosa, as well as several of his collaborators, of working with drug traffickers and of receiving money from the Beltrán Leyva family since 2002.

“Genaro García Luna […I know for a fact that he has received money from me, from drug trafficking and organized crime, as well as a select group made up of Armando Espinosa de Benito, who worked with the DEA and passed information to me; Luis Cárdenas Palomino, Edgar Eusebio Millán Gómez, Francisco Javier Garza Palacios (PF Colombia), Igor Labastida Calderón, Facundo Rosas Rosas, Ramón Eduardo Pequeño García and Gerardo Garay Cadena, who also form part of and receive money from organized crime and from me,” said “La Barbie”.

García Luna is awaiting the start of his trial in the United States, which will be conducted by Brian M. Cogan, judge of the Federal District Court of the Eastern District in Brooklyn, New York, a judicial process that is expected to begin on January 19, 2023, and whose jury selection will begin two days before.