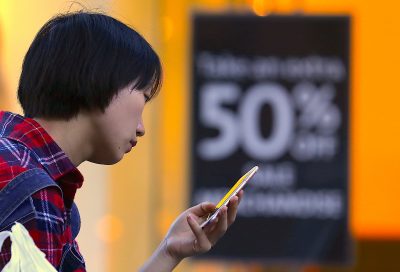 Weixin was launched in January 2011 by Chinese tech giant Tencent. It is now the primary digital platform for Mandarin speakers, with almost 1.3 billion monthly active accounts as of April 2022.

WeChat is not Weixin. Weixin and WeChat are two interoperable platforms within Weixin’s ecosystem — both of which are subject to the Chinese Communist Party’s (CCP) governance ‘at home’ and ‘abroad’. Weixin user accounts are linked to Chinese mobile phone numbers and are subject to the ‘Standards of Weixin Account Usage’.

WeChat user accounts are associated with non-Chinese mobile phone numbers and are governed by WeChat’s ‘Acceptable Use Policy’. Users with different memberships can communicate with each other with the exception that publications by official overseas WeChat accounts (not affiliated with Chinese businesses) cannot be viewed by Weixin users.

The difference between the two user policies suggests that WeChat users are not completely restricted by the CCP. But the ambiguity in the language of the policies offers Tencent and the Chinese government the flexibility to extend their control from Weixin accounts to WeChat accounts, regardless of users’ geolocation.

The WeChat terms of service claim that the use of WeChat official accounts, e-commerce and mini-programs are supervised by Weixin rather than WeChat. Location-specific terms apply to the governance of WeChat in jurisdictions such as the United States, Australia, the United Kingdom, the European Union and Singapore.

WeChat’s governance is layered, with Chinese Weixin users based in mainland China facing the strictest restrictions while non-Chinese WeChat users outside China enjoy the broadest range of autonomy, protected by nation-specific privacy laws. These differentiated governance models and nation-specific terms of service intend to expand WeChat’s reach beyond China. But they also indicate that WeChat is becoming increasingly complicated.

WeChat’s hybrid regulatory framework and transnationality make it difficult to understand the platform’s governance. How users are regulated and which governance frameworks they follow depend on what features they use and their mobile phone numbers, nationality and geolocation. Privacy, surveillance and cybersecurity issues surrounding WeChat in Australia and beyond have triggered a politically charged debate about keeping or banning the platform.

For many Chinese–Australians, their engagement with WeChat is two-fold. WeChat enables them to maintain relationships with people in mainland China, where Western platforms are blocked, while also forming a community for Chinese small businesses marginalised from English-speaking mainstream society.

Ahead of the 2022 Australian federal election, WeChat was used by major politicians, including Anthony Albanese, Scott Morrison, Josh Frydenberg, Paul Fletcher and Clare O’Neill, as well as Teal candidates such as Li Fuxin and Kylea Tink. Australian politicians engaged with Chinese migrant voters through political advertisements, attacks, campaigns and policy updates on WeChat.

Research into WeChat and elections shows that politicians use WeChat for political gain. As communication remains largely one-way, politicians can use the platform to mobilise votes ahead of federal elections. Australian politicians also interact with WeChat cautiously and critically, citing concerns around cybersecurity, surveillance, censorship and Beijing’s influence on Australian politics.

Following Trump’s bid to ban TikTok and WeChat in 2020, Australia’s then prime minister Scott Morrison launched a security investigation, signalling the possibility of banning the two platforms. Ahead of the 2022 Australian federal election, discussions around a ‘WeChat ban’ were politicised by the rhetoric of serving Australia’s national interest.

Australia’s understanding of WeChat is guided by the geopolitical divide between China and the West. The Chinese platform is seen as different to the dominant platforms in the West, with WeChat closely associated with CCP surveillance and political influence, Australian politicians have ignored the reality that surveillance, disinformation and cybersecurity are also prevalent on Western platforms such as Facebook, rooted within platform logistics and revenue models.

Those concerned about the risks posed by WeChat might barely engage with the platform or have very little stake in it. There is a need to hear the voices of Chinese migrants who experience more intense surveillance and censorship on WeChat, but rely on the platform for everyday life.

Fan Yang works as a postdoctoral research associate at Deakin University and RMIT.