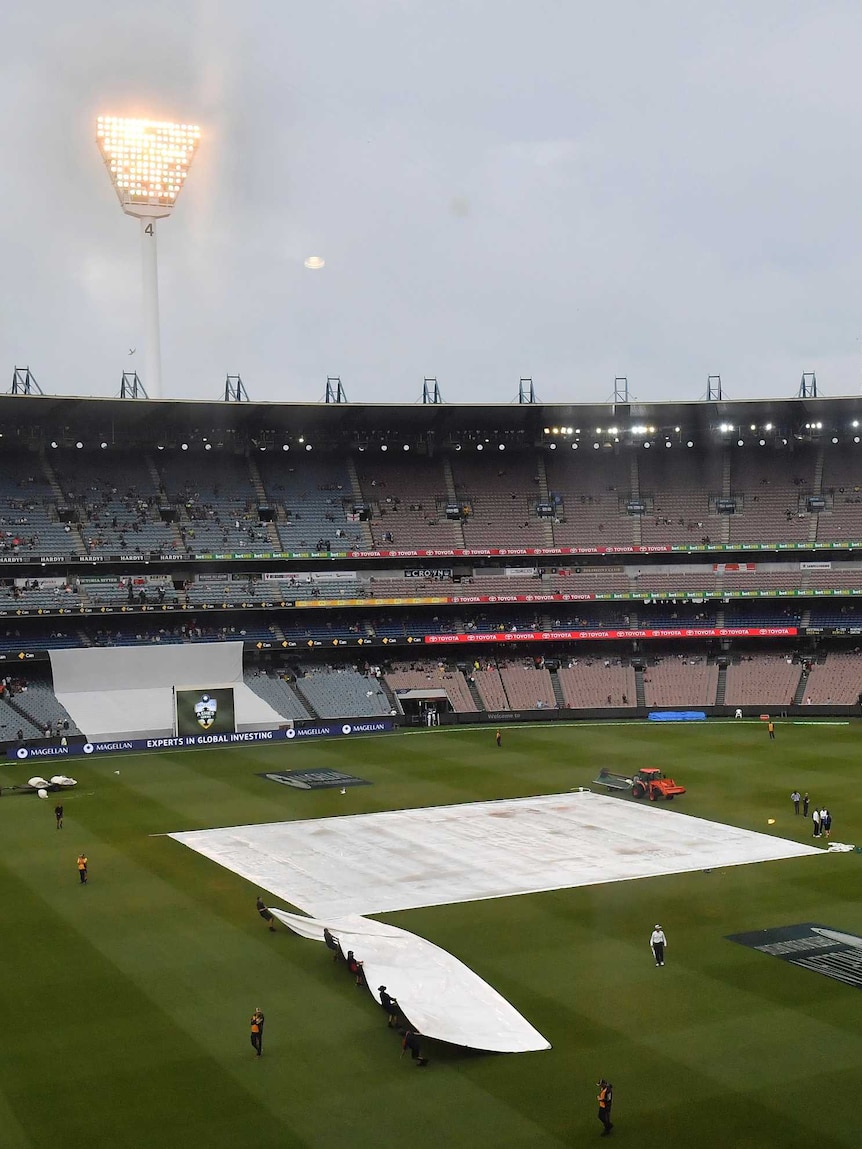 Wet weather rules for this weekend’s T20 World Cup final could be relaxed in a last-ditch attempt to avoid a wash-out at the MCG.

Heavy rain — up to 20mm — and possible severe thunderstorms could prevent Pakistan and England from getting on the ground for some or all of Sunday evening’s match.

It has prompted organisers to consider amending its playing conditions for the back-up day on Monday in the hope they’re not forced to crown joint winners.

If the reserve day on Monday is activated, the match is scheduled to start at 3pm, with a window thereafter on how long play can be stopped before it is abandoned altogether.

The International Cricket Council (ICC) could add an extra two hours to that window to give the teams as much opportunity as possible to take to the field and finish the match.

A minimum of 10 overs must be bowled by the team batting second (group stage matches only required a minimum of five overs).

Should that not occur, Pakistan and England must share the trophy.

The weather bureau is also forecasting showers for Monday, with up to 10mm of rain and the chance of a thunderstorm.

Some commentators — such as former Australian batsman Mark Waugh — have questioned why the match cannot be moved to Docklands Stadium, but organisers said that was not an option.

Docklands is viewed as a logistical impossibility, with it being too difficult to reallocate tickets for the near-sold-out final at the MCG.

A pitch would also need to be dropped in at Docklands, a fortnight after it hosted the World Supercross Championship.

In the event that rain prevents the final from being completed on Sunday, the match will resume from the last ball bowled.

Australia and England had to split the points in their Group One game at the MCG after it was abandoned due to rain.

The Melbourne Cricket Ground (MCC) says it is preparing the pitch as normal, including using the same covers it would for any other match.