Conflicting News on Death of “Zermeño” in Queretaro

On Tuesday, November 15, a strong police deployment took place in Santiago de Querétaro, the capital city of Querétaro, as a shootout broke out when agents from the Guanajuato Attorney General’s Office tried to arrest a subject accused of homicide for the death of Maria Antonieta N. Guanajuato prosecutor, Carlos Zamarripa Aguirre also described him as a “subject who maintained leadership, a generator of violence” who had several arrest warrants pending to be fulfilled.
The events occurred in the Ciudad del Sol neighborhood, where elements of the Criminal Investigation Agency (AIC) of the Guanajuato Prosecutor’s Office were chasing the criminal target, who was traveling aboard a truck along with a companion.
Agents from Guanajuato entered the city of Querétaro when they were chasing a man accused of homicide whom they sought to capture by means of an arrest warrant and everything ended in a shootout in the Ciudad del Sol neighborhood. At approximately 4:00PM, the man they were trying to capture and his companion were traveling in a black SUV, which was driving along Peñaflor avenue, and upon entering Plaza Alegría in the Ciudad del Sol neighborhood, they were intercepted, for what started an exchange of gunfire that ended when the two civilians received bullet wounds.
According to the Querétaro Attorney General’s Office, ministerial police from this city accompanied the Guanajuato agents in this operation. According to official reports from the Queretaro prosecutor’s office, the subject resisted the arrest attempt by the uniformed officers and began an armed confrontation against the agents. When responding to the attack, the officers of the Guanajuato institution inflicted injuries on the defendant and the person who accompanied him.
According to testimonies from residents and media with a presence in the area, during the shooting up to 30 shots could be heard between both groups. It should be noted that this operation occurred as a follow-up to an arrest warrant against the man, whose identity has not been revealed, for the crime of homicide.

After the exchange of bullets between the agents and the alleged criminal, he and his companion were treated by paramedics from the Regulatory Center for Medical Emergencies (CRUM) and transferred to the General Hospital of Querétaro to be evaluated by the emergency services. Unofficial versions on the day of the confrontation. suggested that he was apparently linked to one of the criminal cells operating in the state of Guanajuato. 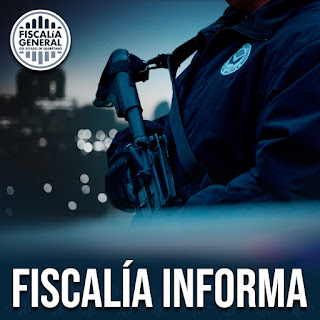 In the Ciudad del Sol neighborhood, Guanajuato Ministerial Police complied with an arrest warrant, issued by a judge of that entity, against a male for the crime of homicide in the neighboring state. In accordance with national protocols, the collaboration provided to police from other entities, by authorities where an authority mandate is executed, is to supervise actions in accordance with the said protocol and provide support on the periphery. The probable perpetrator resisted and tried to attack elements of the Guanajuato Prosecutor’s Office, when repelling the attack they caused injuries to him and another person, who are currently being evaluated by the emergency services, the defendant as a detainee. In the immediate vicinity of the place, the relevant investigations are carried out and the people who intervened will be made available to this Querétaro Prosecutor’s Office so that their legal situation can be determined.

Where the shooting took place, there was an impressive police mobilization by state and municipal security corporations, who cordoned off the area to allow paramedics from the Medical Emergency Regulatory Center to care for the injured and carry out their transfer. In addition, to allow the agents of the Querétaro Prosecutor’s Office to inspect the area to collect evidence and begin the first investigations of this confrontation. There was no precise information at first on whether the deceased was the one who was being persecuted for murder in Guanajuato or his companion was. Two search warrants were obtained from the judicial authorities in the Villas de Juriquilla 2 and Villas de Santiago Sector 3 colonies in the municipality of Querétaro. “In the simultaneous police intervention, 5 firearms, useful cartridges, and more than 100 kilograms of marijuana. In addition, cash and a BMW X2 truck, with alterations to its identification number”, states the Querétaro Prosecutor’s Office.

Will the Real Zermeno Please Stand Up?

That night, news spread in local media that the detainee whom the Guanajuato Prosecutor’s Office was looking for had lost his life due to gunshot wounds, while the other alleged attacker remained seriously injured. After the report, unofficial versions began to circulate indicating that the deceased was Santiago Quiroz Zermeño, alias Zermeño or El Chago, designated as head of the Jalisco Nueva Generación Cartel (CJNG) in San Francisco del Rincón.
For its part, the so-called cartel of the four letters displayed a series of banners signed by CJNG Grupo Elite that were found on November 15. In these messages, they disapproved of the massacre that occurred in Guanajuato. In response, the Santa Rosa de Lima Cartel recorded a video in which they mocked the cartel led by El Mencho and even called them hypocrites.
According to the information available, Zermeño would have been part of the ranks of the Cartel de Santa Rosa Lima, run by José Antonio Yépez Ortiz” El Marro”. But after an apparent betrayal, he would have allied with Nemesio Oseguera Cervantes aka, El Mencho of CJNG.

According to the document leaked by Guacamaya Leaks and obtained by the LatinUs outlet, Zermeño was at the time, the operator of the Santa Rosa de Lima Cartel in Apaseo el Grande, a plaza in dispute with the Jalisco Nueva Generación Cartel.

In April 2017, a bus driving through the Guanajuato municipality of San Francisco del Rincón was forced to stop by a number of armed CSRL hitmen. The hitmen abducted certain passengers from the bus and shot at others. Their shots killed 2 minors and one adult, as well as injuring a 9-year-old boy.

Later, the state police and state Attorney General’s Office announced Zermeño was suspected of being one of the attackers. Zermeño was one of four men featured on a wanted poster that named the suspects, which can be seen below. Later, in 2018, was believed to have organized an attack at a palenque, or rooster fighting arena, in La Purísima del Rincón which left 9 people dead and 11 injured. Shortly after the attack, Zermeño was arrested.

At some point, Zermeño left (or betrayed, depending on your source) the CSRL and joined up with the CJNG. He is believed to be working under CJNG Guanajuato leaders such as Ricardo Luis Ruiz Velazco, alias “El RR”, and Nabor Cárdenas, alias “El Navo”. During his time with the CSRL, most news publications alleged his alias was “El Chago”. After his switch to the CJNG, he is most often referred to as simply “Zermeño”.

Following his switch, Zermeño is believed to have become the CJNG plaza boss for the municipality of San Francisco del Rincón. In April 2022, Zermeño was arrested for illegal firearm possession in San Francisco, but he may have been quietly released because narco messages speak about Zermeño as if he is a free man. The most recent report available from the Government of Mexico on Quiroz Zermeño is that of his arrest, carried out by agents of the Municipal Police of San Francisco del Rincón, in Guanajuato, on the night of April 11.
The rumor of his alleged execution aroused multiple alerts among the inhabitants of both Querétaro and Guanajuato, as they anticipated a possible violent response from the CJNG. However, the official version announced states that Emmanuel “N” aka El Zermeño was killed during the operation.

In a press conference during AMLO’s morning, Mejía pointed out that Zermeño ‘s death occurred after he resisted being arrested. “Elements of the prosecutors of Querétaro and Guanajuato were established in the Ciudad del Sol neighborhood, in Querétaro, however, when he was arrested, this subject resisted, tried to attack elements of the Prosecutor’s Office, and when repelling the aggression they caused injuries to him and another person, who caused the loss of life of Emmanuel “N”, informed Ricardo Mejía, undersecretary of the SSP. Mejía stressed that Zermeño was one of the main generators of violence in Guanajuato.

The announcement also showed photos of the narco mantas left at the scene of the Lexuz Bar massacre of 9 people. The messages from CSRL were signed by El Marro and called out Zermeño. It has been assumed that this referred to the plaza boss of the area that switched from CSRL to CJNG, Santiago. But the photo and name of the deceased do not match known photos of Santiago Quiroz Zermeño.

That day it was revealed that they had killed one whose identity corresponded to that of a hitman nicknamed Zermeño.

This caused confusion, as local media reported that the man was Santiago Quiroz Zermeño, alias “El Chago, a hitman and plaza boss allegedly linked to the Santa Rosa de Lima Cartel (CSRL) and then CJNG who had already been arrested before, however this morning the information was denied. Mejía Berdeja announced that Emmanuel, alias “Zermeño”, was a hitman for the Marro cartel who, after an apparent betrayal, left him to go to the criminal group of Nemesio Oseguera “El Mencho”, the Jalisco Nueva Generación Cartel. However, when comparing the photographs of Quiroz Zermeño and the deceased Emmanuel “N” it is possible to verify that they are different people.

According to the pronouncement, the execution of Zermeño was an operation that had been planned for a long time and was consolidated thanks to the cooperation of the government of Querétaro.

“My chingones, I hope everyone is 100%, as everyone already knows because Zermeño has already been and for those who are not 100% aware or believe that it was coincidence, it was invested everywhere and with the information that we brought from the men and the government’s participation, because it was armed ( sic. )”, were the first lines of the message that spread rapidly.

In addition, the text apparently written by the criminal leader revealed that the Queretaro authorities would have been paid to carry out the operation, although the exact agreement they reached was not specified.

It should be noted that the afternoon that El Zermeño was executed, some versions suggested that those who were traveling in the vehicles of the Prosecutor’s Office at the time of persecuting him were, in reality, members of the CSRL, which has remained a rumor.