‘It came from my own people’: Australian star ‘disappointed’ by accusations he turned his back on his heritage 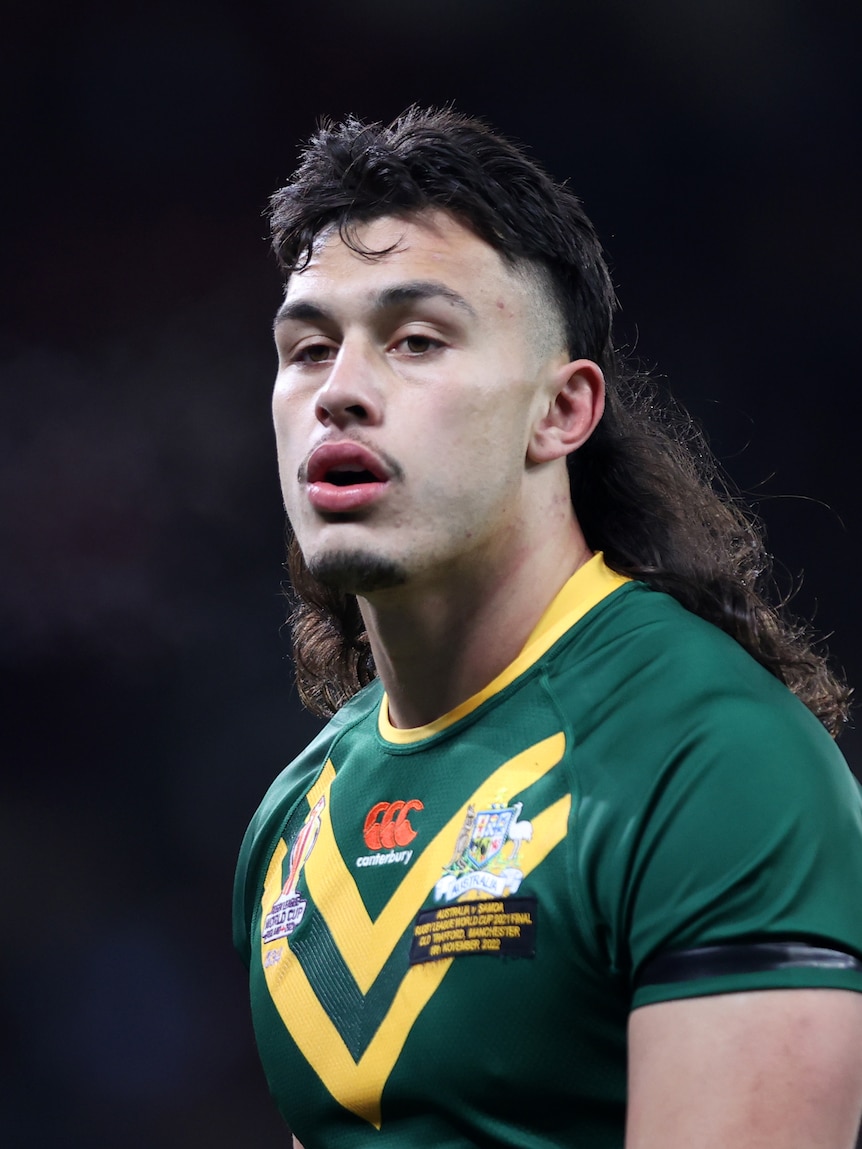 Australian prop Tino Fa’asuamaleaui has revealed his difficult build-up to the Kangaroos World Cup final victory over Samoa after copping social media accusations that he had turned his back on his heritage.

Fa’asuamaleaui was caught between two nationalities for the final: He is of Samoan descent through his father and has played for them in the past, but opted to wear the green and gold for this tournament.

On the whole, Fa’asuamaleaui said his decision was accepted by the Samoan community but the Titans skipper was still “disappointed” to receive messages through the week claiming he was not a true Samoan.

“There was a lot of ups and downs this week. Being Samoan through my dad’s side of the family, I was very proud to see what they achieved in coming this far,” Fa’asuamaleaui said.

“But the down was copping a lot from a lot of people on my allegiance on why I picked Australia. That was a downside, especially because it came from my own people.

“That hurts, but I had to come out there and do a job and narrow my focus and whatever minutes I got I was going to go out there and go hard.

“It was very hard. I’m representing both sides of my family — I have Fa’asuamaleaui [tattooed] on my back and that represents my dad and his side of the family, and playing for Australia represents my mum.

“To hear I’m not Samoan because I’m not playing for them is disappointing.”

Despite playing against Samoa in Australia’s 30-10 victory at Old Trafford, Fa’asuamaleaui is still a part of that community and believes there must be a more nuanced approach to cultural identity.

“A good example is Josh Papali’i. He won a World Cup with Australia and he’s come to a point in his career where he’s achieved a lot and now he’s going to Samoa to support that community,” Fa’asuamaleaui said.

“I love to see that and, touch wood, I can do the same at some point in my career. I’m just as proud of both countries and both nationalities.”

Fa’asuamaleaui was one of three players in the Kangaroos squad with Samoan heritage, alongside Cowboys players Murray Taulagi and Jeremiah Nanai.

The 22-year-old played just 10 minutes in the final but appeared in four other matches throughout the tournament and is set to be a mainstay up front for Australia for years to come.

“It feels good. It feels really good. It’s another thing on the resume, which is great, but credit to all the boys who were able to be a part of it,” Fa’asuamaleaui said.

“There’s some boys who didn’t play on the night but they definitely played their role though the campaign.

“It doesn’t matter how many minutes you played, we all played our part in that win.”