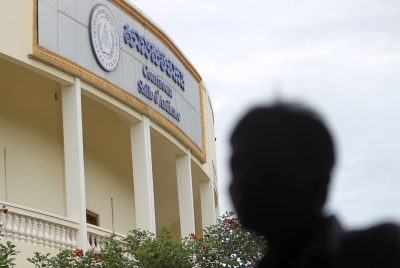 On 22 September 2022, the Supreme Court Chamber of the Extraordinary Chambers in the Courts of Cambodia (ECCC) delivered a summary judgment in Case 002/02. The ECCC, otherwise known as the Khmer Rouge Tribunal, was created in 2001 as part of an agreement between the Cambodian government and the United Nations (UN) under which local and foreign judges could hear crimes perpetrated by the Khmer Rouge in Cambodia from 1975 to 1979.

The Chamber dismissed the vast majority of the issues raised on appeal, confirming the life sentence of former Cambodian prime minister Khieu Samphan for crimes against humanity, war crimes and genocide. That was the final hearing before the ECCC.

After 16 years, the ECCC will cease operations and transfer its remaining tasks to the ECCC residual mechanism, a separate entity established for an initial three-year period. But if one measures success by the number of convictions, the ECCC’s record is not impressive.

The ECCC trials focussed on the senior leaders of the Democratic Kampuchea regime and those considered most responsible for its crimes.

Most of the direct perpetrators — such as the guards and executioners at S-21 (a secondary school turned detention centre used by the Khmer Rouge) — will never face prosecution. The ECCC’s judgments do not directly confront the complexity of criminal responsibility in the Cambodian context, where many perpetrators were also victims of the regime.

The ECCC achieved measured success in other areas. Funded by external donors, the Court approved reparation projects designed to benefit victims. Outreach activities, including documentaries and exhibitions, were launched to educate the population about the crimes of the Khmer Rouge. Enabling victims to participate in legal proceedings was an international first and provided a valuable precedent for the International Criminal Court and other justice mechanisms.

For many, Cambodia is synonymous with genocide and the infamous ‘killing fields’. But while the ECCC’s judgments recognise the mass killings, the Court relies on the UN Genocide Convention’s narrow definition of genocide, which protects only religious, ethnic, racial and national groups. The Khmer Rouge targeted most victims based on their political ideology or class status, so ECCC judgements do not recognise most killings which occurred under the Khmer Rouge as genocide.

The scale of the crimes committed by the Khmer Rouge meant that the ECCC was never going to produce a comprehensive account of all crimes and perpetrators. The ECCC attempted to explain why those crimes occurred. Its summary judgment concludes that while the regime and its overarching objective — a socialist revolution through a ‘great leap forward’ — were not criminal, they were both achieved through violent, cruel and criminal means.

The tribunal’s statute was determined by the Cambodian government and the UN (with the active involvement of states such as the United States) and looks only at crimes committed by the Khmer Rouge. That obscures the involvement of states like China, Vietnam and the United States in supporting the Khmer Rouge or contributing to the circumstances that enabled its rise to power.

The ECCC employed many Cambodian lawyers and other staff in key positions such as prosecutors and judges. It exposed many lawyers and law students in Cambodia to the international standards of fair trial and the language of human rights. But it may take years to see whether this international presence will have any long-term effect on Cambodia’s domestic legal system.

The susceptibility of the Cambodian legal system to political interference was well-known when establishing the Court. Yet the UN agreed to the demands of the Cambodian government for substantial domestic involvement in the Court’s operations.

This failure was most evident in a series of cases known collectively as Cases 003 and 004. These cases would have looked into perpetrators at the zone, regional and local levels, as well as those in command of the armed forces. While the Court’s international personnel generally supported these cases, the Cambodian government opposed and blocked them from proceeding.

The UN and key states effectively acquiesced in the end of these other cases, perhaps due to a wish to bring the Court to a close and divert scarce resources elsewhere. Faced with government opposition and procedural concerns, pursuing further cases may have destabilised the tribunal and undermined its legacy.

It remains uncertain whether the ECCC will have any lasting impact on Cambodia. The government has increasingly moved to silence civil society and human rights activists and is heavy-handed with dissenters, members of the opposition and other critics of the regime.

Adequate and reliable funding was a constant struggle for the ECCC. Funding shortfalls resulted at one stage in the local staff ceasing operations and judges suggesting that trials would have to stop. Future tribunals must be adequately resourced, with funds for victim support and reparations.

The ECCC was an important experiment in international criminal justice, but its record is imperfect. Alongside its achievements, it offers a precautionary tale of the risks of introducing an international legal institution into a local system prone to political interference.

Sarah Williams is Professor at the School of Global and Public Law, University of New South Wales and an Associate of the Australian Human Rights Institute