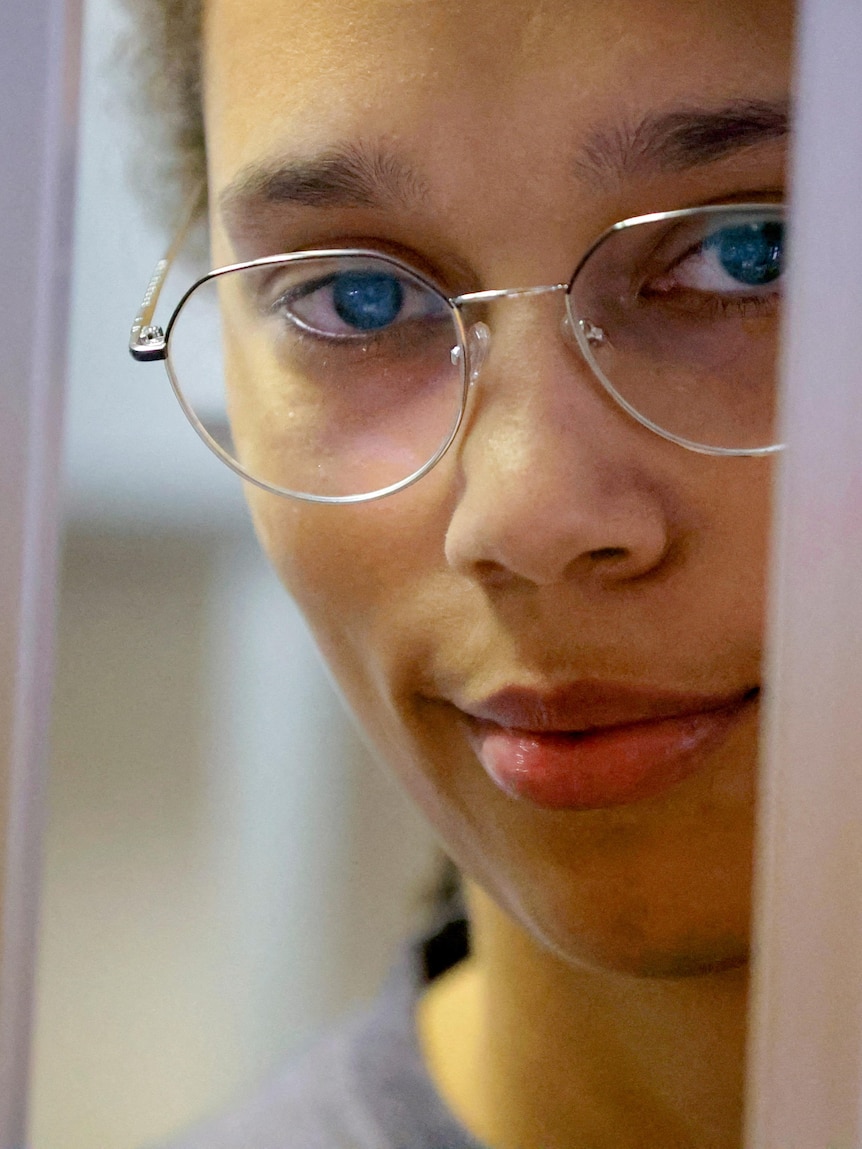 When US basketball star Brittney Griner was taken from a Russian penal colony and flown to Abu Dhabi, America’s chief hostage negotiator was waiting for her on the tarmac.

Roger Carstens wanted to be there in person to confirm to Griner what she had been told by her Russian captors, but perhaps could not yet believe.

Her nine-month-long nightmare was over.

He was taking her home.

The 32-year-old sportswoman had become embroiled in a tussle between the United States and Vladimir Putin right at the moment the Russian strongman was isolated and increasingly desperate for leverage.

Her dramatic arrest at Sheremetyevo International Airport in February kicked off months of secret negotiations between two nations that were barely on speaking terms.

In the end, the United States was able to cut a deal with the Kremlin for Griner’s release.

But it would have to make sacrifices for her freedom.

America’s hostage envoy did not go to Abu Dhabi alone.

He brought with him a notorious Russian arms dealer nicknamed the “Merchant of Death” who had been in a US prison for 10 years.

To get Griner out of Russia, the US had agreed to give up Viktor Bout, a man who had conspired to kill Americans, acquire and export anti-aircraft missiles, and provide support to a terrorist organisation.

And despite America’s best efforts to strike a two-for-one deal, they had to leave behind another US citizen who has been languishing in a Russian prison for four years on espionage charges.

In February this year, Griner travelled to Moscow to play for a Russian women’s basketball team, as she did almost every off-season.

Despite being a world-class athlete and one of the best players in the Women’s National Basketball Association (WNBA), she was paid $US221,450 ($326,613) a year.

This is, of course, a great salary for the average American.

But a male baller playing for the NBA was easily earning Griner’s yearly salary in a single game.

For years, Russia had been luring the world’s best female players to join their teams in the off-season with seven-figure salaries.

And so, Griner went to Moscow to play for UMMC Ekaterinburg as she did every February for an easy $US1 million.

But she made one catastrophic error.

Griner forgot that she had a couple of cannabis oil cartridges in her luggage.

While possessing the cartridges is legal in vast swathes of America, in Russia, it is enough to land you in prison for nine years.

The timing of Griner’s arrest could not have been worse.

Just as she was being led away by Russian airport officials in handcuffs, the country’s president was about to launch a full-scale invasion of Ukraine.

The war did not go to plan for Putin.

While he expected the Russian flag to be flying over the capital Kyiv in a matter of days, his troops encountered fierce resistance from the Ukrainians.

Meanwhile, the West came together to impose devastating sanctions on Russia, the elites who propped up Putin’s regime, and the president himself.

Just as Putin found himself backed into a corner, a prominent American fell into his lap.

“It is an extremely serious situation,” Tom Firestone, a Washington-based lawyer who worked at the US embassy in Moscow, said in March.

Secret talks with an adversary

In Washington DC, US officials are celebrating Griner’s release, which was nine months in the making.

But they are also remaining tight-lipped about the details of their efforts to free her from a Russian penal colony.

A senior White House official, who asked not to be named so he could discuss the negotiations freely, said America was adept at dealing with countries that engaged in “the appalling practice of using human beings as a bargaining chip”.

“If we’re going to bring them home, it means talking to those entities,” he said.

In April, Putin agreed to release Trevor Reed, a former marine imprisoned in Russia in 2019, in exchange for a Russian pilot sentenced in the US to cocaine trafficking charges.

That raised hopes in the US that they could strike a deal for Griner, as well as Paul Whelan, another American arrested in murky circumstances in Moscow.

The Russian intelligence agency, the FSB, nabbed the businessman in 2018, claiming they had caught him “during a spying action” — a claim Whelan and the US government have vigorously denied.

But Putin would require a seriously big concession if he was going to give up his remaining American hostages.

Viktor Bout, an arms dealer who was halfway through a 25-year prison sentence in the US, was an object of fixation for the Kremlin.

Earning the nickname the “Merchant of Death” as he evaded capture for years, Bout’s bloody exploits inspired the 2005 film Lord of War, starring Nicolas Cage.

Bout was accused of selling high-powered weapons to everyone from Al Qaeda, to the Taliban and militants in Rwanda.

He has repeatedly denied being a Russian spy, but many US officials believe he has links to the country’s military intelligence agency, known as the GRU.

US authorities finally caught up with him in Thailand in 2008 when he tried to sell surface-to-air missiles to US agents posing as Colombian rebels.

Prosecutors say when the agents claimed they wanted to use his wares to kill American pilots, Bout responded:  “We have the same enemy.”

Both Bout and the Kremlin have always maintained his innocence and insisted he was just a humble businessman.

Now Putin had a chance to get him back.

US officials were hopeful that the Kremlin wanted Bout badly enough that it would be willing to exchange him for both Griner and Whelan.

But in the last few weeks, it became clear it would only agree to a one-to-one prisoner swap.

A White House official said that left US President Joe Biden to make “the very painful decision” to leave Whelan in Russia for now.

“Ultimately it became clear what the choice was,” he said.

“It was bringing Brittney Griner home right now or bringing no American home to us right now.”

Whelan’s brother has welcomed Griner’s release and said the White House made the right decision.

“Our family has steeled ourselves for this likelihood,” David Whelan said.

“I think, as the use of wrongful detentions and hostage diplomacy continues around the globe, it’s clear the US government needs to be more assertive.”

Disappointment is always inevitable when it comes to hostage negotiations, according to Paul Schiff Berman, an international law expert from George Washington University Law School.

“With these sorts of prisoner swaps, and diplomatic relationships, and hostage negotiations, perfect is always the enemy of the good,” he told the ABC.

“You never get a perfect deal. You always get less than you wanted.”

But for Brittney Griner’s family, who call her “BG”, they could not have hoped for a better outcome.

“Today my family is whole. BG and I will remain committed to the work of getting every American home,” Griner’s wife Cherelle said at the White House.

After months in a remote prison colony, US officials say Griner happily took her walk across the tarmac in Abu Dhabi to board an American plane to freedom.

“BG has gone through quite an ordeal,” a White House official said.

“That said, she was in extremely upbeat mood — all smiles and extremely grateful.”