Why Are Murders Spreading Across Argentina’s Most Violent City? 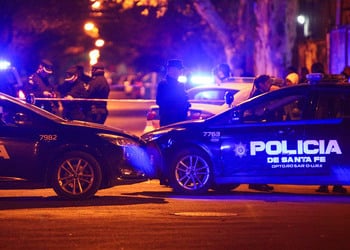 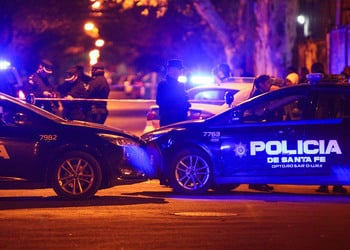 The city of Rosario, Argentina, is on track to beat its homicide record set a decade ago, demonstrating the changed criminal dynamics of the country’s most violent metropolis.

A double homicide on November 4 brought the number of murders in Rosario to 250 so far this year, meaning 2022 is already the city’s third-most violent year on record and has gone beyond the 241 murders registered during all of 2021.

With just under two months left in the year, Rosario looks likely to surpass the 264 homicides registered in 2013, the highest figure on record.

Rosario’s homicide rate is currently four times higher than the national average. According to the Santa Fe provincial government, 70% of murders in Rosario from January to May 2022 were linked to organized crime.

SEE ALSO: Monos Leader Continues to Call the Shots from Behind Bars

A worrying trend is that homicides are taking place across a far wider area of Rosario than before. In September, Santa Fe’s provincial government published data showing how homicides were spread across the city. Southern neighborhoods, including Las Flores Sur, Cordón Ayacucho, Grandoli, and Gutiérrez, northeastern areas, including Ludueña and Empalme, and Godoy, in the west, all showed high concentrations of homicides.

This is strikingly different to the city’s 2013 homicide record, which occurred after the Monos, the Rosario-based criminal group and Argentina’s largest, sparked a wave of revenge-driven violence related to a drug shipment. Then, murders were concentrated in the southern part of the city in the areas where the Monos first came up.

“Criminal control in Rosario is a different business now that it was a decade ago,” he said, adding that while the Monos have historically maintained a “hegemonic” presence in southern Rosario, the violence has spread west and north.

The spread of violence in Rosario over the last decade fits the gradual spread of the Monos’ operations as well as their recruitment of Rosario’s smaller gangs, which are forced to pay a tribute to the larger group.

The spread has furthered the Monos’ conflict with their rivals, Clan Alvarado, who, while smaller in operation, also head a constellation of dependent sub-groups.

According de los Santos, the Monos have developed a franchise system of smaller criminal factions rather than directly managing the city’s drug trafficking.

“Today, the Monos do not have a hegemony on violence — the smaller neighborhood groups do. In most cases, they pay taxes to either the Monos or Esteban Alvarado [leader of Clan Alvarado],” de los Santos explained.

But blaming the violence simply on a Monos versus Clan Alvarado rivalry is too simplistic.

“This construction of mega-villains, such as the Monos and Alvarado, is more of a construction by politicians and the media than a reality,” Enrique Font, a lawyer and criminologist from the Universidad National de Rosario (UNR), told InSight Crime.

Instead, he suggested an analysis of homicides based on factors such as social inclusion, instead of location alone, was more telling. In this context, homicide distributions reflect patterns seen in other cities where small groups, usually made up of young people from disadvantaged socio-economic backgrounds, fight for control of drug sales and extortion, said Font.