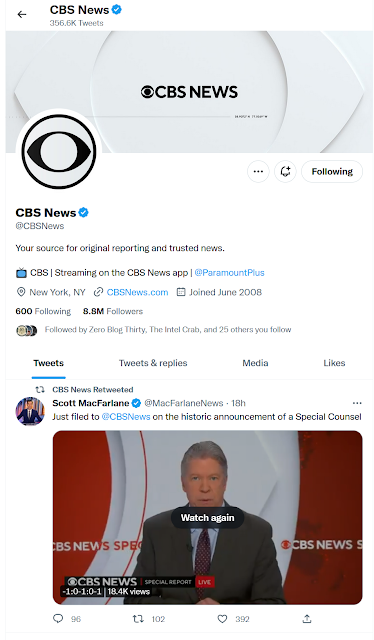 CBS News is halting its activity on Twitter over Elon Musk’s turbulent and potentially devastating moves following his takeover of the company.

“In light of the uncertainty around Twitter and out of an abundance of caution, CBS News is pausing its activity on the social media site as it continues to monitor the platform,” Jonathan Vigliotti, CBS News national correspondent, said in a report about the latest chaos at the company on the “CBS Evening News” Friday.

A statement with nearly identical wording was shared Friday by the Twitter account of KPIX, the CBS-owned station in San Francisco.

WNU Editor: CBS is over-reacting. Even if technical problems do occur on the platform, Elon Musk has the resources from SpaceX, Tesla and elsewhere to call upon to fix it.

What CBS is actually saying is that they do not like the idea that some people who have been banned on the platform are now being permitted to come back.