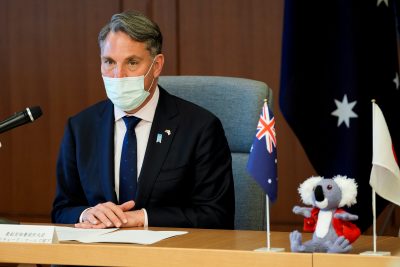 The relationship between Australia and the Autonomous Region of Bougainville is in repair mode following the visit of Australia’s Deputy Prime Minister and Defence Minister Richard Marles to Papua New Guinea (PNG) in October 2022 for negotiations over an Australia–PNG defence treaty.

The rift originated from a press conference with PNG Prime Minister James Marape and Richard Marles. In response to a question on Australia’s position on Bougainville’s pending bid to obtain independence from PNG, Marles stated ‘our role is to support the Prime Minister and the government of Papua New Guinea in the decisions that it makes in respect of the future of Bougainville, and we stand ready to do that’.

Bougainville, a province of PNG, engaged in a civil war with the PNG defence force from 1988 to 1998 that resulted in over 20,000 deaths and marked the most violent conflict in the Pacific region since World War II. The Bougainville Peace Agreement that was signed in 2001, provides for a referendum to be conducted in Bougainville on the question of Independence. That referendum took place in 2019 with an outcome of 97.7 per cent in support of Bougainville’s Independence. The Peace Agreement also states that ’the outcome of the referendum will be subject to ratification (final decision making authority) of the National Parliament’. This means the PNG Parliament has the ultimate power in deciding on Bougainville’s future irrespective of the referendum outcome.

Bougainville leaders are navigating the national political environment to ensure that there is sufficient political support at the PNG Parliament for Bougainville’s independence, consistent with the referendum outcome. While there is significant support in some quarters of PNG society for Bougainville’s independence, there is opposition among nationalists who argue that Bougainville should be given a special self-governing status, short of full independence. Adding to this division is the position of the PNG Prime Minister James Marape that there should be a nation-wide consultation before a parliamentary decision — a position that the Bougainville government has strongly disapproved of.

The statement by Australia’s Deputy Prime Minister was perceived through this dynamic and uncertain political environment, in which the actions of external actors are closely scrutinised to ensure that there is no direct or tacit interference or influence in the ongoing negotiations.

Richard Marles has attempted to clarify his statement by asserting that Australia’s position remains unchanged in its support for the ‘political settlement that will ultimately be reached by all parties to that agreement’. But President Toroama maintained that Marles’ press statement was a ‘pre-emptive act … a direct intervention by the Australian Government on the internal affairs of Papua New Guinea’ and that ‘it is an action that will directly influence the National Government’.

These statements may unravel years of cautious diplomacy and sensitivity on Australia’s part in handling the Bougainville affair. It raises the risk of Australia being accused of influencing a negative decision by the PNG Parliament on the question of Bougainville’s Independence — a prospect Australia needs to urgently work to avoid as it could be adverse to its interests.

A significant assertion in President Toroama’s claim is that ‘Australia has bargained their neutrality in the Bougainville peace process for the sake of geopolitical manoeuvring and maintaining control of the Pacific region from their perceived threat of Chinese influence in the region’. The official record of the press conference in question does not discuss China or regional security. But it appeared to the Bougainville government that those were impetuses to Australia’s intentions for a defence treaty with PNG and that it stands to overshadow Bougainville’s aspirations.

The birth of a new nation in the Pacific would be a scene of geostrategic contest — a new theatre for actors to influence state affairs, including Australia and China. Australia is not well established in Bougainville due to lingering resentment over its role in the civil war and an independent Bougainville could be a strategic blind spot for Australia.

These assertions are indicative of the reality Australia increasingly faces in the Pacific region, where its actions are open to suspicion of serving underlying geostrategic interests. As Australia and its allies intensify anti-China investments in rhetoric and military infrastructure in the region, the suspicions are likely to become more widespread.

It could be argued that Marles’ public statement alone does not suggest that Australia is interfering in Bougainville–PNG affairs. However, there are significant strategic and political implications that are likely to arise from an outcome on Bougainville’s independence that Australia would be concerned about. Whether those concerns have compelled some ‘interferences’ against either party is difficult to establish, at least from Australia’s public actions.