UPDATE: All Polls Agree as to the Impact the Abortion Ruling Will Have on Mid Terms We began our research by first investigating the Generic Congressional polls as they are reported by each of the major polling agencies.

These generic Congressional polls simply ask one question: When voting for House or Senate candidates this year, are you leaning more towards voting for a Democrat, a Republican, or other.

We began our research this way because, if the rhetoric about the Supreme Court decision in Dobbs being the deciding factor in the mid-term elections is true, then the overwhelming majority of upset, pro-choice voters should be chomping at the bit to declare their support for Democrats up and down the ticket.

When we looked at all the generic Congressional polls we could find, we found that the most recent polls, (9/4-9/8 Poll )( 9/7-9/9 Poll) and particularly those that polled the largest number of registered voters, each indicated that they were resoundingly leaning Republican.

Next, we examined as many recent polls as we could find which asked the question: Of all the issues facing America, which is the most important to you in determining who to vote for?

To support this further, a recent article by David Harsanyi in The Federalist, also agrees with its title: “There’s little evidence the Dobbs decision is sinking Republicans”

Because of this, we have to say, it doesn’t look like the issue will have anywhere near the weight that certain politicians and unscrupulous media agencies would like us to believe it will. There just is no getting past the numbers.

Compiled by Investigative Reporter Crystal Dillon – Because the Truth Matters!

If you would like us to consider you to become an independent foodie evaluating contributor, anywhere in the US, or as a writing contributor for any of our other departments, please send a request to info@veracityreport.org. 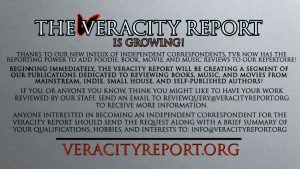 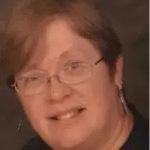 Crystal Dillon is the wife of Kurt Dillon and the mother of 5 adult children as well as 4-four-legged children. The couple are co-founders of WOMEN – The Wild Orchid Media & Entertainment Network, Inc., which is the parent company of The Veracity Report and veracityreport.org.

After retiring from decades working in the retail and restaurant industries, Crystal is now 100% dedicated to restoring truth and integrity to journalism, hence the creation of WOMEN and The Veracity Report.

You can reach Crystal directly through email at: crystaldillon@veracityreport.org.