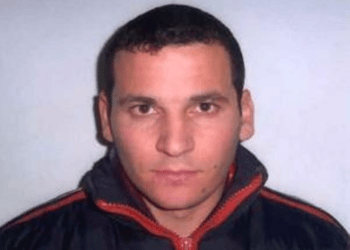 News has emerged that Ecuadorean prison authorities quietly released one of Europe’s most notorious cocaine traffickers last year, in a surprising move that risks empowering the country’s Albanian crime groups.

Albanian national Dritan Rexhepi was last seen in January 2022 during his obligatory biweekly registration with prison authorities. He has since disappeared, though a change in his home address was authorized in February, according to outlet Infobae, citing judicial documents. The new address was not given, the report added.

In November 2021, Rexhepi was granted a “semi-open regime” by Ecuador’s prison authorities, releasing him from the maximum security Litoral prison and allowing him to settle in a luxury neighborhood outside the port city of Guayaquil. In addition to biweekly registrations, he had to wear a tracking device, among other conditions. He was obliged to remain in the country until 2027.

“It can clearly be appreciated that [the prisoner] has conducted himself very well. Furthermore, he made no escape attempts,” wrote Diego Rafael Poma Chamba, a judge in Guayaquil who granted Rexhepi the benefits of semi-open regime.

Rexhepi escaped an Albanian police station in 2006 and Italian and Belgian prisons in 2011. The three countries currently have extradition warrants on him and have convicted him of homicide, drug trafficking, and armed robbery. He was also arrested for a series of 2011 bank robberies in Spain, according to Spanish news outlet El Periodico.

He was detained in Ecuador and sentenced in 2015 to 13 years behind bars for cocaine trafficking. During his time in various Ecuadorean prisons, Italian prosecutors allege he dramatically increased his criminal activities, operating as the head of “Kompania Bello,” a federation of 14 Albanian crime groups at the top of Europe’s cocaine trade, reported Balkan Insight, a local investigative site.

Ecuador is on track for another record cocaine seizure year, and Rexhepi has moved tons of cocaine from the Latin American country to Europe.

Rexhepi is one of Albania’s most significant cocaine traffickers. In November 2022, The Economist profiled him during an explainer video about Europe’s cocaine trade, clearly not realizing he was free. They referred to him as the head of “a highly profitable cocaine empire” that stretched from the streets of Ecuador to the European mega-ports of Antwerp and Rotterdam.

“Dritan Rexhepi is without any doubt the successful model of the Balkan cocaine criminals’ emissaries in Latin America,” said Fatjona Mejdini, director of the South Eastern Europe Observatory Balkans at the Global Initiative Against Transnational Organized Crime.

In 2016 and 2017 alone, Rexhepi trafficked at least 5.9 tons of cocaine from Ecuador to Europe, netting an estimated $140 million in revenues, reported Balkan InSight, citing Italian court documents. By this point, European investigators were already tracking him, arresting over 100 people across ten countries during the course of the 2014-2020 inquiry.

However, since the investigation’s culmination in September 2020, Kompania Bello has rapidly recovered, re-asserting its power in Ecuador and Europe. In February, InSight Crime reported on the assassination in Guayaquil of a suspected independent Albanian drug broker.

“We can see that the [Kompania Bello] is not beaten or destroyed,” said Artan Hoxha, an Albanian crime journalist who interviewed Rexhepi in 2020. The group is “using a lot of cash to regain their position and forming new partnerships in Europe to sell their products,” he told InSight Crime.

With Rexhepi’s operational restrictions considerably loosened, Kompania Bello may be set for a comeback.